ISU’s President weighs in on the current state of international salvage, a changing landscape and the need for mutual fairness from all stakeholders in the global salvage and response arena. 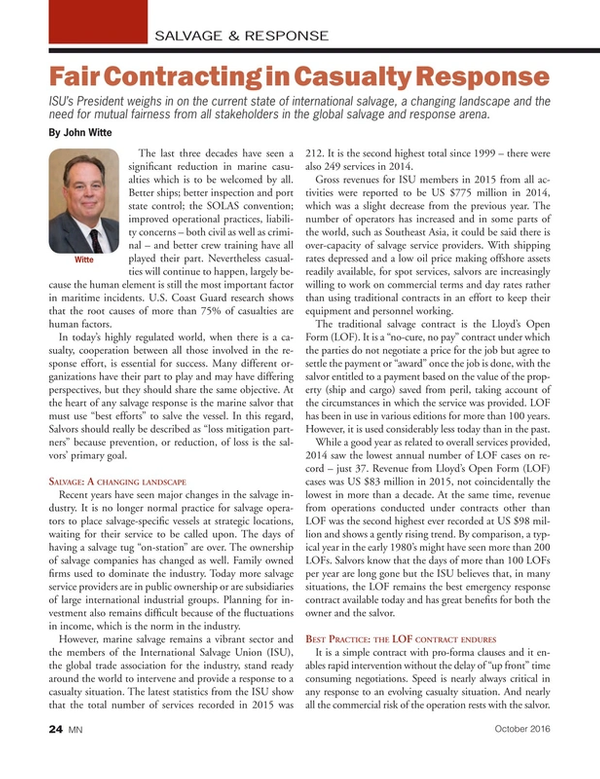