Foss Maritime: Hard at Work in the Arctic

By Kathy A. Smith

As the oil industry awaits a much-needed rebound, Foss Maritime’s robust presence in the Arctic region underscores its commitment to the region, the environment, and a business plan that looks ahead to the next chapter. 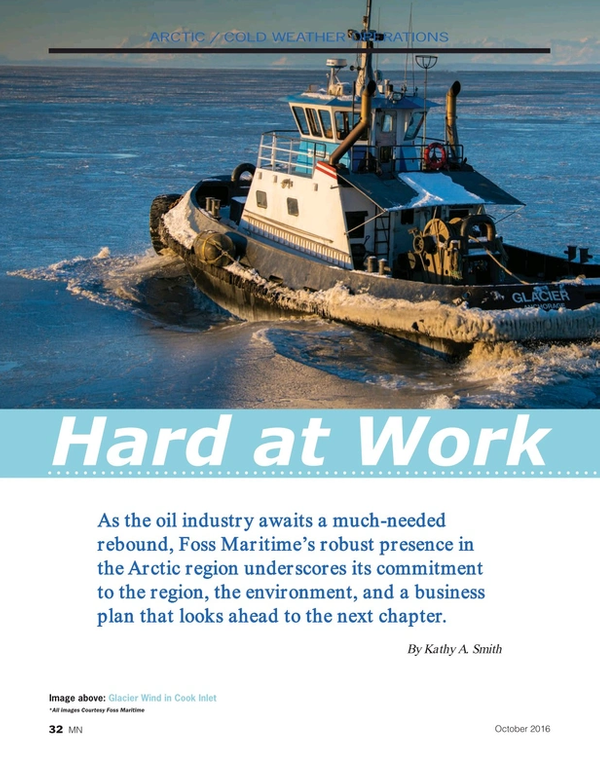 Read Foss Maritime: Hard at Work in the Arctic in Pdf, Flash or Html5 edition of October 2016 Marine News