Technology helps maritime companies do more with less. But today, technological advances are outstripping legal developments. As a result, many marine-based businesses operate in a legal limbo with many lawyers and insurance professionals confused about what laws will apply to what claims. While sometimes philosophical, the problem of what law will apply becomes stark and very real when a worker is injured. 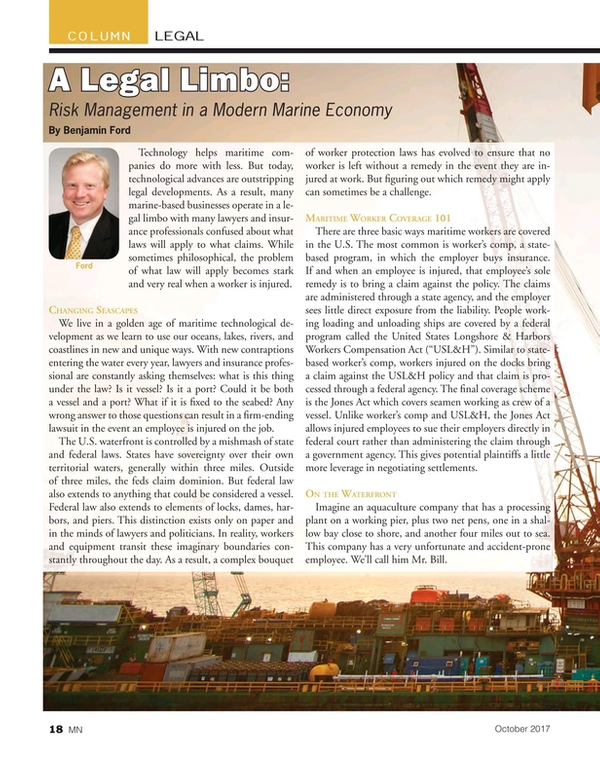