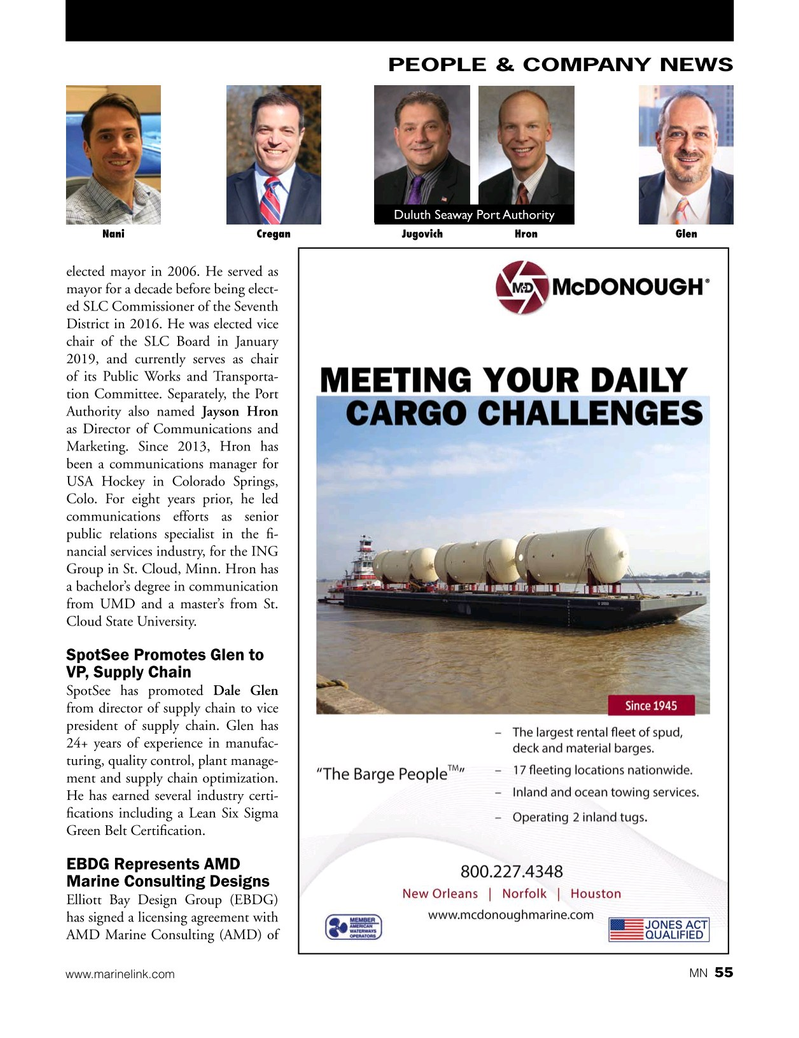 Nani Jugovich Hron Cregan Glen elected mayor in 2006. He served as mayor for a decade before being elect- ed SLC Commissioner of the Seventh

District in 2016. He was elected vice chair of the SLC Board in January 2019, and currently serves as chair of its Public Works and Transporta- tion Committee. Separately, the Port

Authority also named Jayson Hron as Director of Communications and

Marketing. Since 2013, Hron has been a communications manager for

Colo. For eight years prior, he led communications efforts as senior public relations specialist in the f- nancial services industry, for the ING

Group in St. Cloud, Minn. Hron has a bachelor’s degree in communication from UMD and a master’s from St.