SBG Systems released the Ellipse Series, a new product range of miniature inertial systems replacing the IG-500 Series. For the same budget, customers benefit from higher accuracy, advanced filtering and features inspired from high end inertial navigation systems.  This new series of miniature inertial systems benefits from a new design, new sensors, new capabilities and new algorithms. Weighting from 45 grams, Ellipse sensors are designed to be flexible. The Ellipse-A model provides 3D orientation and heave. For navigation, users can connect their own GPS with the Ellipse-E, or use the internal one by choosing the Ellipse-N model. The amazing Ellipse-D completes this state-of-the-art miniature sensor family. This model is a little larger than the rest of the series because it integrates a Survey-grade L1/L2 GNSS receiver with two antennas for unmatched heading and position accuracy. ITAR Free Ellipse A, N, E models are available for order. The Ellipse-D model will be available on Q1 2015.
www.sbg-systems.com 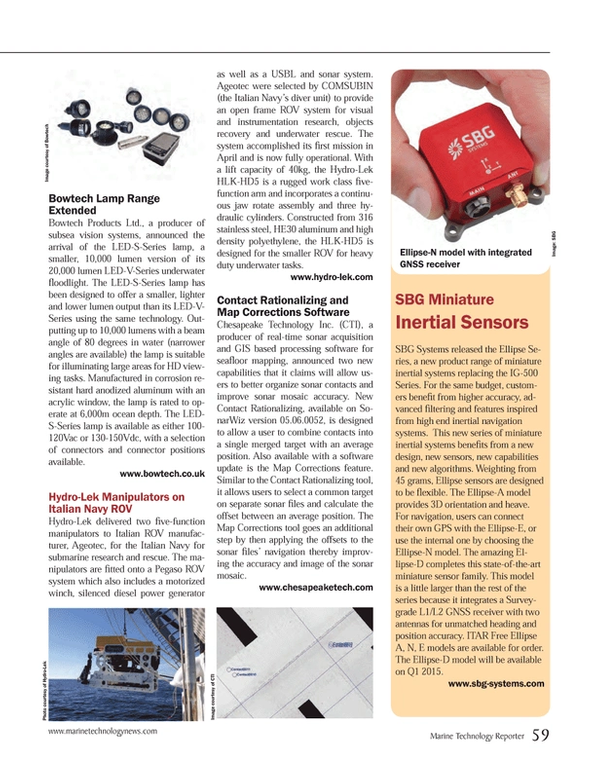