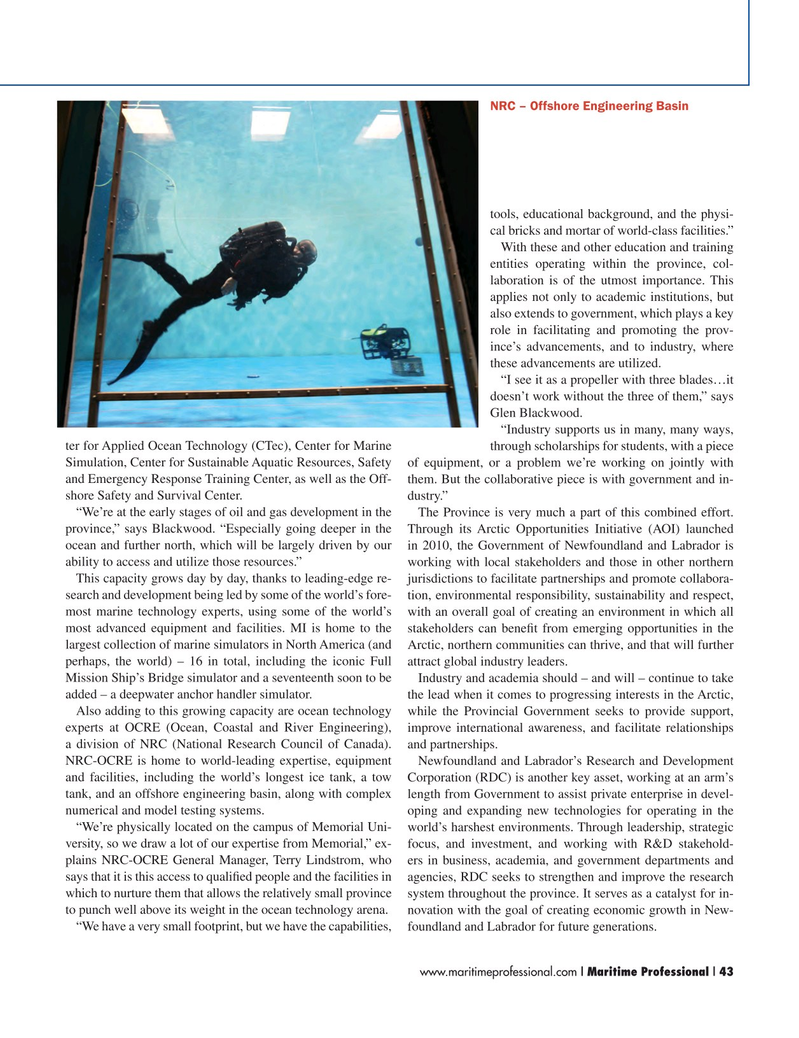 With these and other education and training entities operating within the province, col- laboration is of the utmost importance. This applies not only to academic institutions, but also extends to government, which plays a key role in facilitating and promoting the prov- ince’s advancements, and to industry, where these advancements are utilized.

“I see it as a propeller with three blades…it doesn’t work without the three of them,” says

“Industry supports us in many, many ways, ter for Applied Ocean Technology (CTec), Center for Marine through scholarships for students, with a piece

Simulation, Center for Sustainable Aquatic Resources, Safety of equipment, or a problem we’re working on jointly with and Emergency Response Training Center, as well as the Off- them. But the collaborative piece is with government and in- shore Safety and Survival Center. dustry.” “We’re at the early stages of oil and gas development in the The Province is very much a part of this combined effort. province,” says Blackwood. “Especially going deeper in the Through its Arctic Opportunities Initiative (AOI) launched ocean and further north, which will be largely driven by our in 2010, the Government of Newfoundland and Labrador is ability to access and utilize those resources.” working with local stakeholders and those in other northern

This capacity grows day by day, thanks to leading-edge re- jurisdictions to facilitate partnerships and promote collabora- search and development being led by some of the world’s fore- tion, environmental responsibility, sustainability and respect, most marine technology experts, using some of the world’s with an overall goal of creating an environment in which all most advanced equipment and facilities. MI is home to the stakeholders can bene