The Ingalls Shipbuilding Division of Litton Industries has signed a contract with Engelhard Industries, Murray Hill, N.J., for its Systems Department to provide Capac® cathodic protection systems for installation on 16 new U.S. Navy multimission destroyers. The first of the new destroyers, the USS Spruance (DD- 963), has already been launched and six more are now in production. Ingalls is building the Spruance destroyers under a multiyear contract awarded to the company in 1970.

The 563-foot Spruance is primarily an antisubmarine vessel, but will have other missions as well. It can be assigned to bombard shore positions, support amphibious assaults, escort military and merchant ship convoys, perform surveillance and trailing of hostile surface ships, establish blockades and undertake search and rescue operations.

The Capac-protected destroyer is 150 feet longer than the latest class of destroyer now in the Navy fleer.

With a speed in excess of 30 knots, it will be among the fastest Navy ships. 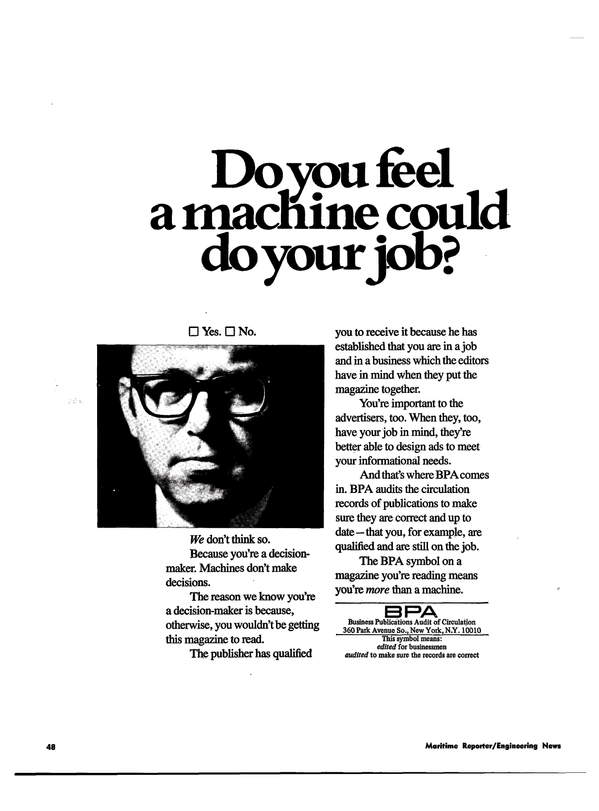 Other stories from March 1974 issue