In announcing this action, Mr. Reynolds noted the existence of comprehensive preemptive Federal laws and regulations which govern the construction and operation of tankers and provide for strict liability and full reimbursement for damages in the event an accident were to result in some damage to Alaska, its citizens and its waters. "All of the tank vessels which call at Alaska ports are in full compliance with applicable Federal requirements," he said, "but unfortunately many simply cannot meet the conflicting and arbitrary requirements in the state regulations, and thus would be prohibited from conducting normal business operations there." The industry has taken every possible step to make Alaska aware of these difficulties, Mr. Reynolds added, including appearing at legislative hearings and the submitting of oral and written comments and recommendations on the implementing regulations while they were still in the drafting stage.

"Unfortunately, these efforts were to little avail," Mr. Reynolds pointed out. "Thus, AIMS and the seven listed tanker operators have initiated a lawsuit against Governor Jay S. Hammond and other Alaska officials, seeking a preliminary injunction to preclude enforcement of the law and regulations for the immediate future, and a final judgment declaring them to be unconstitutional and void." The AIMS spokesman said their complaint details the direct conflicts with existing Federal law and regulations, the imposition of an undue burden upon commerce, and the interference with the Federal power to conduct foreign affairs as being the major factors underlying the unconstitutionality of the Alaska law and regulations.

Mr. Reynolds expressed hope that this matter could be "resolved promptly," and emphasized the industry's willingness to continue working closely with Federal, state and local authorities so that "the interests of all in Alaska might best be served." He did say, however, that the proliferation of conflicting and burdensome statutes which needlessly hamper the safe and efficient passage of tankers can "no longer be accepted without challenge." 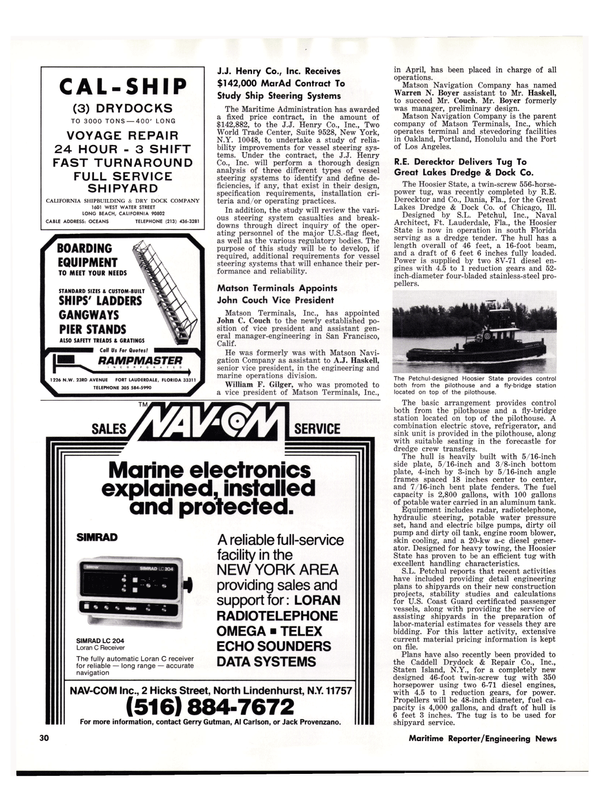