He was cargo operations representative and supervisor from 1971 to 1976.

He has served as an expert witness to admiralty courts, and his special interests are marine architecture and ship design. During World War II, he commanded merchant vessels, as he did subsequently during the Korean Conflict.

United States Lines operates a fleet of 38 modern vessels, including 16 high-speed, high-capacity containerships in its 15,000-mile, Tri-Continent Service between Europe, the East and West Coasts of the United States, Panama, Costa Rica, Hawaii, Guam and Far East and Southeast Asian ports. The company also has 14 fast general cargo vessels engaged in chartered services in the trans-Atlantic and trans-Pacific areas. Eight feeder-vessels serve ports not on the primary trade routes, both in Europe and the Far East. 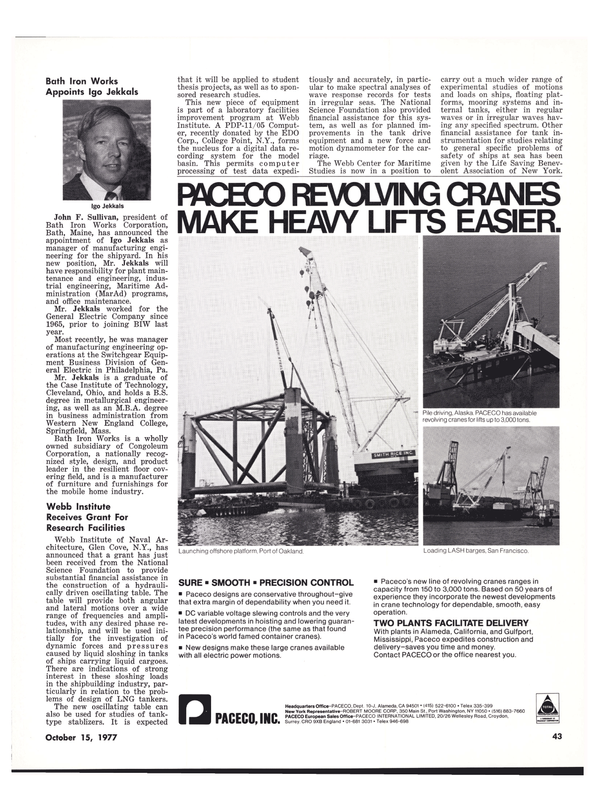