The second "Inter Island Shipping" conference and exhibition will be held in Manila, Philippines, March 11-14, 1980, following its successful launch in Singapore as part of "Marintec Asia 79" in June 1979. The "Inter Island Shipping" series is a planned five-year United Nations ESCAP program to assist in the maritime development of the Asia.

Pacific region. The event is cosponsored by the Maritime Industries Authority (Marina) of the host country.

The subject has special significance to ASEAN nations, in particular the Philippines and Indonesia, which have over 4,000 and 3,000 inhabited islands, respectively. Reliance on seaborne transportation in the region is almost total. The need to develop all sectors of the maritime industries is urgent as estimated cargo movements in the next five years call for hundreds of thousands of additional ship tonnage.

Papers will be presented by speakers on regional cooperation in shipping which will include the interface of interisland with intra-regional and ocean shipping and shipbuilding and repairing within the context of ASEAN cooperation. The "Development of efficient ports for interisland shipping" sessions will deal with design and operational problems, cargo handling, containerization, the r o / r o concept, and discuss whether ports can meet users' needs.

At the last event, delegates attended from 21 countries, the majority (71 percent) being f r om the ASEAN region.

The exhibition held during the conference will feature a broad spectrum of exhibitors in the areas of ships'marine, cargo handling/ port, navigation/communication equipment, shipbuilding/repair, diesel engines/'propulsion, paint and coatings manufacturers. 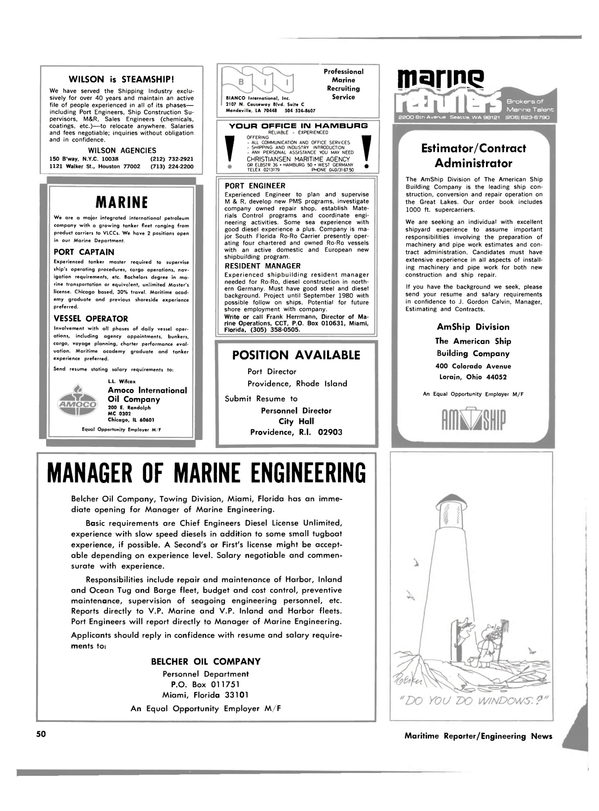