The People's Republic of China rig, Pohai VIII, was originally scheduled for delivery in March of this year. Gene M. Woodfin, chairman of the board and chief executive officer of Marathon Manufacturing Company, was pleased to announce that the Singapore yard was able to improve the contracted delivery date by almost two months. He said the sister rig now nearing completion at the Singapore yard is expected to be delivered to the Chinese in March.

Mr. Woodfin said that this was Marathon's first business venture with the People's Republic of China, and among the unique features of the agreement was that it called for "turnkey" rig construction. (Turnkey is a term used in the trade whereby the builder also provides the drilling equipment, engine and generator packages, derrick, drawworks, etc. Normally, these items are selected and purchased by the rig owner.) Mr. Woodfin stated that from initial negotiations through delivery, Marathon's dealings with the Chinese have been a first-class commercial relationship, and we certainly look forward to additional orders.

Marathon announced the original contract for the two rigs in May 1978, shortly after the contract signing in Peking, China.

The Pohai VIII is a Marathon-class 82- SD-S, shallow-draft, slot-type jackup drilling rig. It is equipped with 360 feet of leg and capable of drilling in 250 feet of water to a drilling depth of 20,000 feet.

Marathon Manufacturing Company, a subsidiary of The Penn Central Corporation, is a leading manufacturer of mobile offshore jackup drilling rigs. 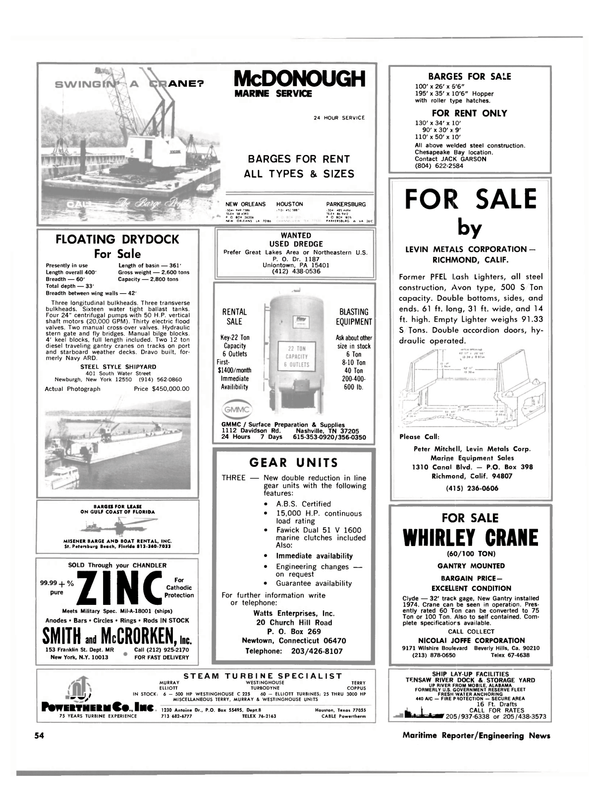