Robert L. Wendt has been named president of the Sperry Division of Sperry Corporation.

Mr. Wendt will succeed Salvatore A. Conigliaro as head of the Great Neck, N.Y.-based division.

Mr. Conigliaro will take a leave of absence for six months, and will return to the newly created post of chairman of the division.

Prior to Mr. Wendt's appointment as president, he was vice president and general manager of the division's G y r o s c o p e unit, which is primarily involved in the design, manufacture and support of radar systems, sonar systems, radio and inertial navigation systems and military test equipment.

Mr. Wendt had served in that position since 1975.

From 1971 to 1975, he headed the division's Systems Management unit. Systems Management's programs include the design and m a n a g e m e n t of the Polaris/ Poseidon submarine n a v i g a t i on subsystem, ocean and military system design and management, and civil and industrial systems design.

Mr. Wendt joined Sperry in 1940, following his graduation f r om Harvard University with a bachelor's degree in electrical engineering and physics. He holds two patents for navigation systems, and is the author of numerous papers on systems engineering.

He has served on the U.S. 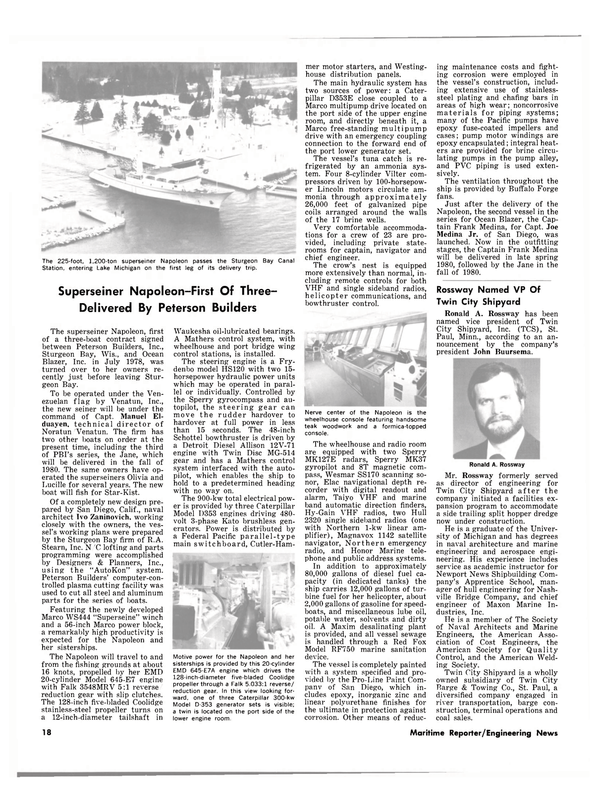