As on the East Coast stations, the New Orleans station will be equipped with hydraulic pumping units for petroleum lightering, conventional salvage pumps, air compressors, beach gear, and other salvage and oil pollution equipment. This modern equipment is maintained in a state of readiness for rapid response by salvage oil pollution strike teams providing capability for handling a full range of marine casualties.

Crescent Towing and Salvage Company's fleet of harbor and oceangoing tugs and barges will complement the fleets of Crowley and Moran operating in that area.

Since its formation in 1978, Ocean Salvors has expanded its staff of experienced salvage masters, oil pollution specialists, diving and salvage personnel, and modern equipment. 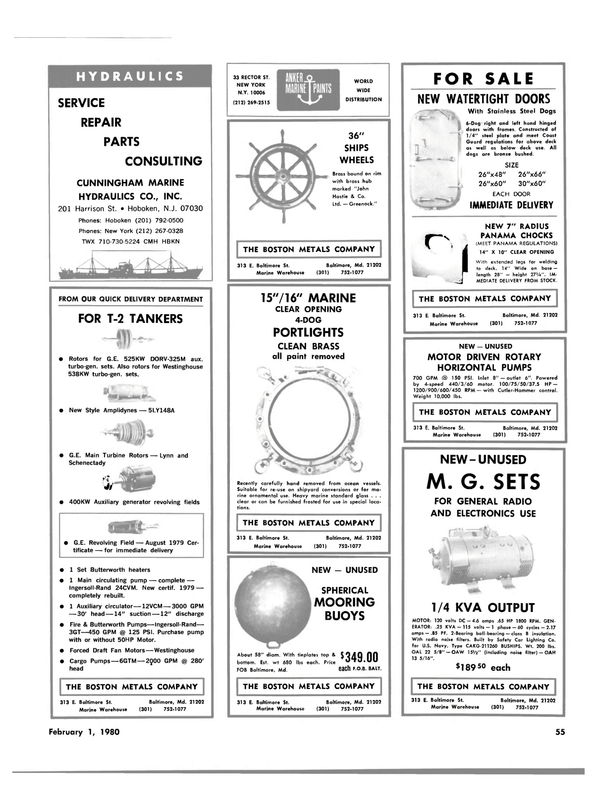