The Alsthom-Atlantique Diesel Group has received an order from DTCN, a shipyard management company, for two S.E.M.T. Pielstick 16 PC2.5 diesel engines, each with a rated output of 20,000 bhp.

These engines will be installed in a French Navy supply tanker.

With a displacement of 1,170 tons and rated speed of 24 knots, these boats are being built at the Lorient Naval Shipyard.

The Yugoslavian Government has ordered four Pielstick 12 PA6 V 280 diesels, each rated at 4,800 bhp at 1,000 rpm. This is the first time that Pielstick PA6 engines have been ordered by Yugoslavia for ship propulsion applications.

Two of the 12 PA6 engines will be assembled by the Yugoslavian licensee; the other two will be manufactured in Alsthom-Atlantique's Saint Nazaire plant. 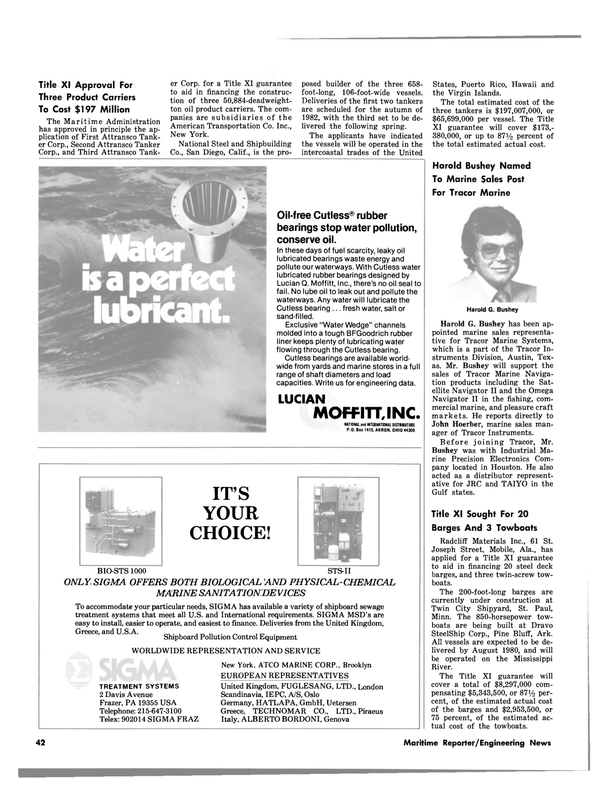