The Maritime Administration has released a technical report which further explores the feasibility of a novel concept for ship propulsion. The report, "Resistance Reduction in Merchant Ships by the New Propulsion System," was prepared for MarAd by the University of Rhode Island.

The New Propulsion System — the name of the concept — uses a hydraulic transmission outside the ship's hull. An axial-flow pump driven directly at high speed by the ship's main engine (s) imparts energy to the seawater which drives the propeller through turbine blades attached inside the propeller hub.

Thrust is available from both the turbine discharge jet and the propeller.

Principal investigators of the New Propulsion System, including the inventor, at the University of Rhode Island, say this system configuration enables a simplified method to be used for the construction of energy-efficient contra-rotating propellers that are directly driven by a single shaft. This would eliminate the main reduction gear and provide increased efficiency through savings in weight, space, and cost.

The development and application of the novel system has been under active research at the university for six years. It was invented by Dr. Herman E.

Previous research was conconducted under contracts with MarAd and the Office of Naval Research. Among other things, the researchers say, they successfully tested a 10-hp unit in the laboratory and demonstrated the feasibility of its application to surface ships.

The latest study assessed additional benefits of the application of- the New Propulsion System in reducing drag due to boundary layer suction about a ship's hull. 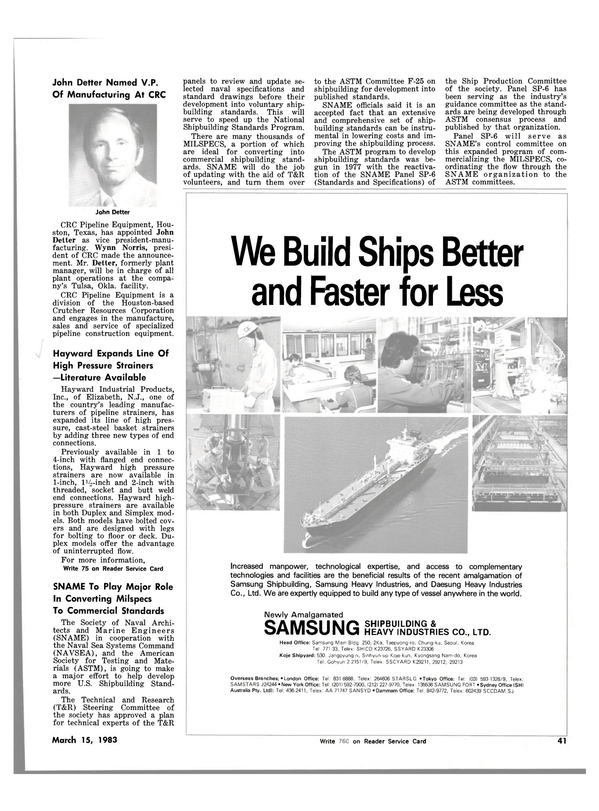