The vessel's towing/anchor-handling package consists of an Intercon DW200 double drum Waterfall towing winch with a 350,000-pound line pull at stall with capacity for 3,000 feet of 2-inch towing cable on each drum. Her stern roller has a 5-foot diameter with an 8-foot live section and center line groove.

The vessel has six bulk tanks with maximum capacity of 6,320 cubic feet and she may carry drilling fluids including liquid mud, calcium chloride and calcium bromide up to 1,524 barrels.

The Gulf Fleet No. 65 was built by St. Louis Ship, a division of Pott Industries, and represents the first of four vessles in this class to be delivered to Gulf Fleet by St.

Louis Ship within the next 10 months. 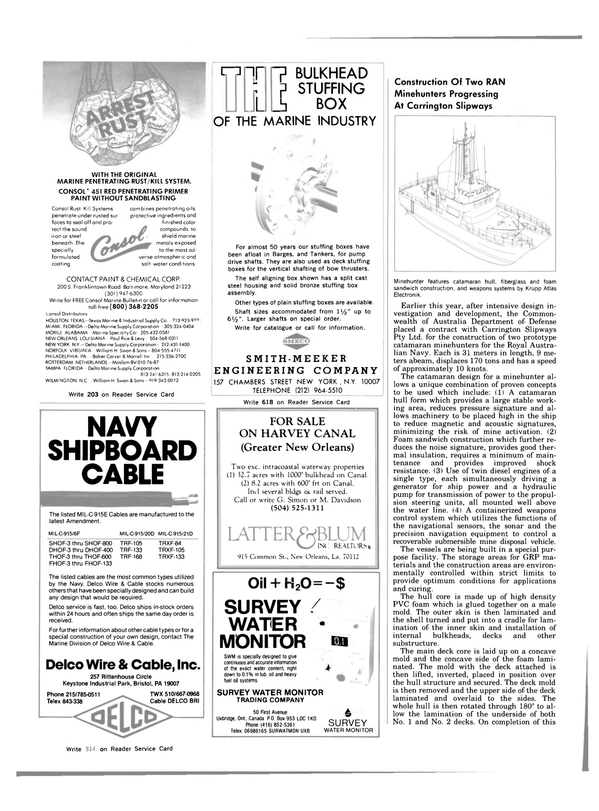