Edward J. Martin has been named to the position of vice president, international operations. In his new capacity, Mr. Martin will be responsible for the operation and planning of COMSAT's international satellite communications system and the direction of COMSAT's 17 earth stations which operate with the INTELSAT system.

He will also assume the role of U.S. Governor on the INTELSAT Board of Governors.

David E. Gourley has been appointed to the newly created position of vice president, business development, with responsibility for the establishment of business plans, new communications services, and market development for COMSAT's international communication services.

George J. Tellmann assumes the position of vice president, maritime services. In this capacity, he is responsible for the management of COMSAT's maritime satellite communications business and will serve as the principal U.S. representative on the INMARSAT Council.

As such, he represented COMSAT, the U.S. Signatory to INMARSAT, on the INMARSAT Council and served as chairman of that council from 1982-83.

Mr. Gourley joined COMSAT in 1976 and has served as director of sales and market development for COMSAT World Systems Division since 1981. 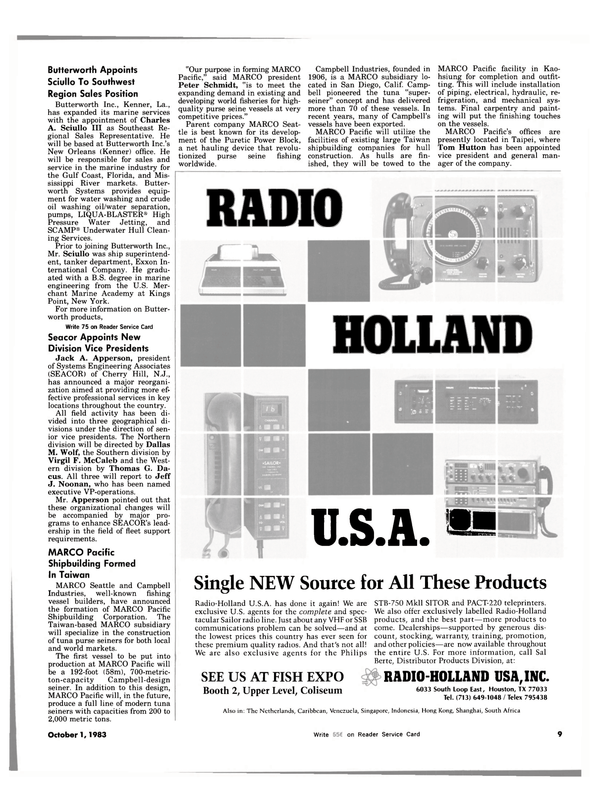