The self-propelled, $82-million, drilling rig High Seas Driller, built by Daewoo Shipbuilding's Okpo facility, was transported to the North Sea by the Ferncarrier. The heavy transport ship was developed by JL Heavyweight Transport of Denmark and was specially designed to carry large or awkward loads such as drilling rigs or other steel structures.

Although the High Seas Driller is self-propelled, transport via the Ferncarrier almost doubled the rig's speed by traveling at more than 9 knots, cutting travel time by about one half.

The loading process began at Daewoo's Okpo Shipyard. The Ferncarrier's bow and stern are separated by a large depressed loading area of 360 by 125 feet. To accommodate its load, the ship takes on water, in the manner of a submarine, submerging its loading area to a depth of 22 feet. The semisubmersible rig was towed into position and the ship shed its ballast and surfaced. When loaded, the derrick of the High Seas Driller towers 350 feet above the deck and the two pontoons protrude some 65 feet on each side of the M/V Ferncarrier.

The voyage through the China Sea and the Indian Ocean was rough with head winds and heavy seas. After having traveled in excess of 11,000 nautical miles in a 36-day sea voyage, the High Seas Driller was in service approximately 50 days earlier than if it had spent the estimated 85 days under its own power. 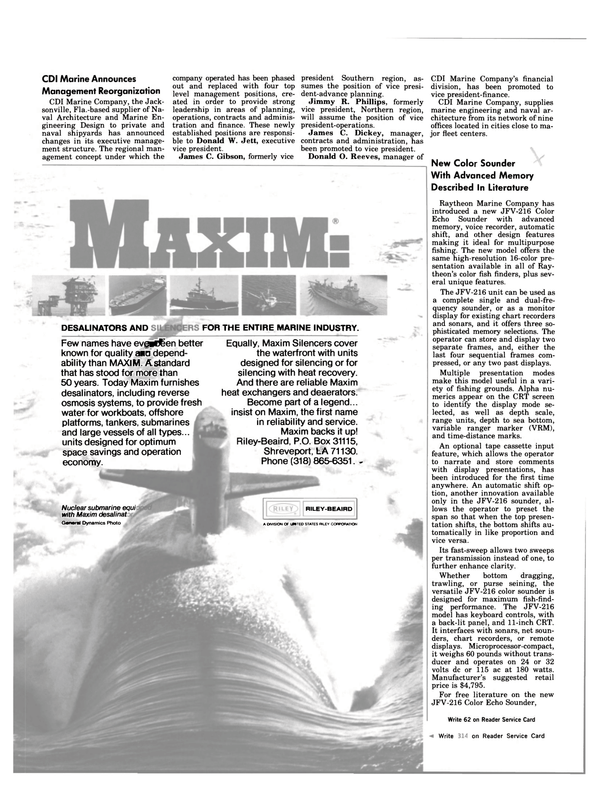