the construction of a unique mobile drilling island to work in the frozen Beaufort Sea.

The island, called a Concrete Island Drilling System is to be operated by the Global Marine subsidiary for oil and gas exploration in northern Alaska's Harrison Bay.

The concrete island will be a major improvement over traditional gravel-based drilling platforms in that it is not subject to environmental destruction and can be relocated to other drilling locations, said Toshiaki Yamamoto, executive vice president of NKK America, Inc., Los Angeles. The unique island will be built in three sections: a steel mud base to sit on the sea bed, a concrete structure to rest on the base, and upper steel deck barges to install drilling equipment and living modules.

It is scheduled for completion in the spring of 1984 and will be towed to Point Barrow, Alaska, to join the August sealift to Beaufort Sea during a two-week period when Point Barrow is not frozen.

The island will measure about 295 feet across its square deck and stand about 95 feet high, and will combine new steel and cement technologies, including a new NKK steel for low-temperature use (below - 5 0 °C), latest welding techniques and high-strength, light-weight concrete construction technology to resist ice pressures. 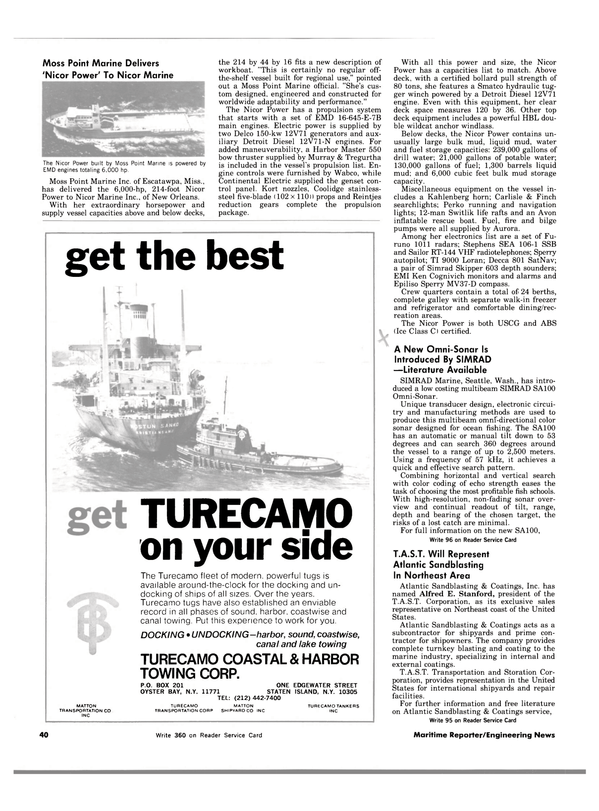