Expoship Far East has become established as the premier maritime exhibition in the Far East—an area of major activity in world shipping.

The show provides an opportunity to make important business contacts in the stimulating atmosphere of Hong Kong's thriving shipping community. The conference will bring together top people in the international shipping industry to discuss vital issues, including the financing and politics of shipping. It will be opened by his excellency Sir Edward Youde, Governor of Hong Kong. Conference chairman is Frank Chao, president of Wah Kwong & Company (Hong Kong) Ltd.

Wednesday, November 14 Shipping and the Financier The spate of shipping bankruptcies and near bankruptcies over the past two years is forcing some traditional lenders to the industry to reassess their presence in this volatile market. Can the shipowners and shipbuilders still take it for granted that necessary financing will be available to meet all the needs of the industry, or will the small non-corporate owners be squeezed out by the blue chip borrowers? This first day of the conference will look at the potential changes to traditional lending patterns and examine the available alternatives.

Following the opening address by Governor Youde, an introductory address will be made by M.H.

Thursday, November 15 The Politics of Shipping The failure to achieve a satisfactory compromise at UNCTAD's recent conference on the registration of ships seems to have confirmed fears that the views of the developing countries are irreconcilable with those of the established maritime powers. Is the shipping industry doomed to further confrontation over the open registry question— both at intergovernmental and union level?

The second day of the conference will establish the relative positions of the parties to the dispute and explore the chances of a compromise being reached at either the political or commercial level. Speakers will include: P. Geraghty, federal secretary, Seamen's Union of Australia; R.A. Humphrey, head, Maritime Transport and Tourism Division, OECD; A.S. Price, chairman, Liberian Shipowners' Council Ltd.; C. Salen, chairman, Intercargo; and R. Vogel, a COSCO executive and acting director, Shipping Division, UNCTAD. 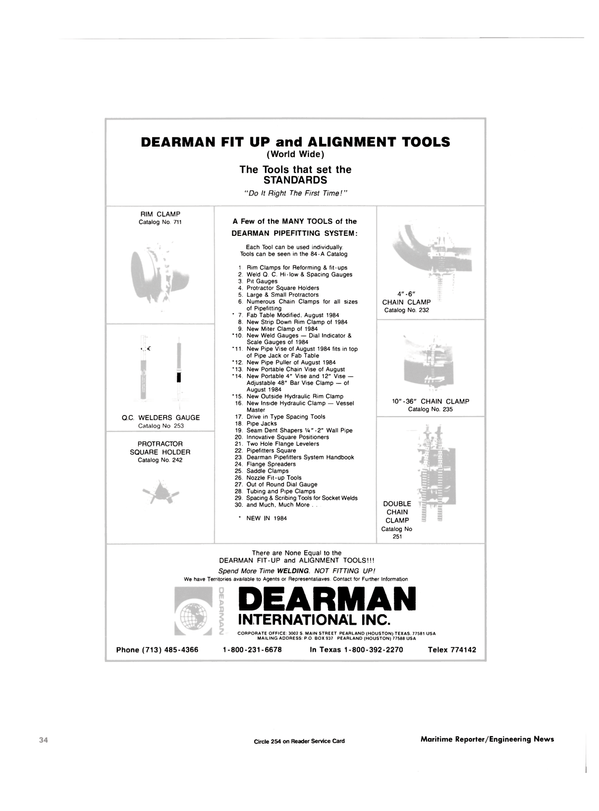