Furuno U.S.A., Inc. of San Francisco recently announced the appointment of six direct Furuno employees as regional managers. These men, all with years of experience in the industry, will provide more effective communication between Furuno and the dealers, thereby meeting the needs of customers most efficiently.

Hugh R. Zeller, covering the Northeast U.S. and Canada, has worked in marine electronics for 20 years. He served as northeast sales manager and product manager for Raytheon Marine, and most recently was president of Dolphin Electronics.

Roy E. Thompson, covering New York, Conneticut, and the Great Lakes, has spent most of his adult life in the marine electronics industry, beginning with five years in the U.S. Navy as an electronics technician. He has conducted geophysical surveys aboard an oceanographic research vessel and worked in field service and sales for both Raytheon and Decca.

James Atteridge, covering the Mid-Atlantic region, has been involved in marine electronics for the past 11 years. His experience includes the position of national sales manager for Raytheon and group vice president for Cibernet International.

Howard S. Palmer, covering the Southeast, has been employed in the retail marketing of marine electronics for the past five years, and served nine years in the U.S.

A.A. Weghorst, covering the Gulf Coast and inland rivers territory, served four years in the Navy as a radio operator, and has been in the marine electronics industry for a total of 16 years.

David M. Quarders, covering the Northwest, has been a field sales representative with Furuno for a number of years, and will take on additional responsibilities as west- ern manager. 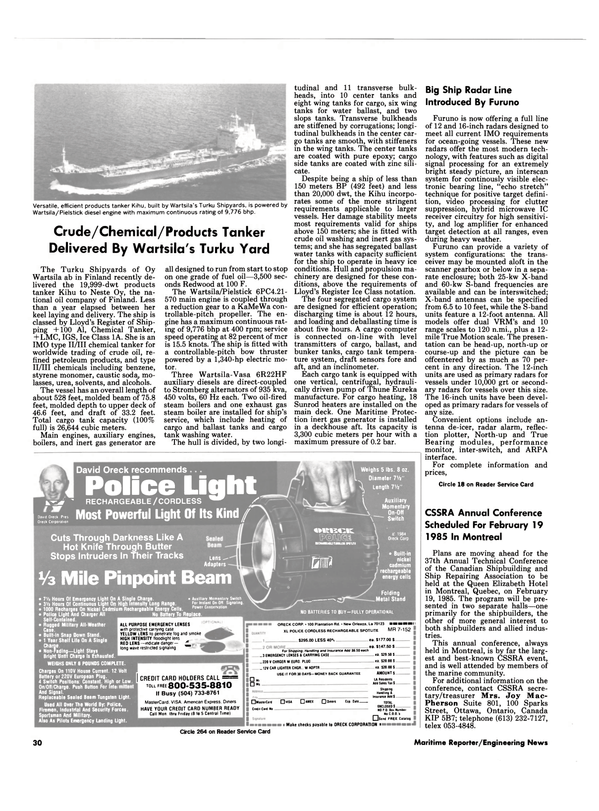