With an assist from Grand Ole Opry star Minnie Pearl, the keel has been laid for the General Jackson, a 274-foot paddlewheel showboat being built for Opryland USA Inc. of Nashville by Jeffboat, Inc. in Jeffersonville, Ind.

Miss Pearl joined a Nashville delegation that included U.S. Representative Bill Boner at the ceremony on the banks of the Ohio River.

She and Opryland president E.W. Wendell presented Jeffboat president Robert W. Greene III with a plaque made of wood taken from the historic Ryman Auditorium, long-time home of the Grand Ole Opry. The wood for the plaque was taken from the stage of the Ryman and has the General Jackson logo engraved on it.

Following the presentation, crane operators lifted a 50-foot-long section of the Jackson's hull and positioned it next to an 80-foot section already in place at the construction site.

When completed in 1985, the General Jackson will become "America's premier showboat," Opryland officials said. It will operate year-round on the Cumberland River, which flows beside the Opryland USA entertainment complex in Nashville.

The showboat will offer morning, day, and evening cruises, the latter to feature fine dining and an elaborate musical production. The theater in the vessel will seat 670 people for banquets or 1,000 people for theater-style presentations.

Jeffboat, the nation's largest inland shipyard, will assign some 130 employees to the Jackson's construction at the peak of the project.

Nickum & Spaulding Associates of Seattle is the naval architecture and marine engineering firm on the project.

Opryland has earmarked more than $10 million for the General Jackson project to cover vessel construction, a dock on the Cumberland River, and passenger loading facilities. The Jackson is scheduled for launching in February 1985, and is expected to be in operation in Nashville by mid-year. 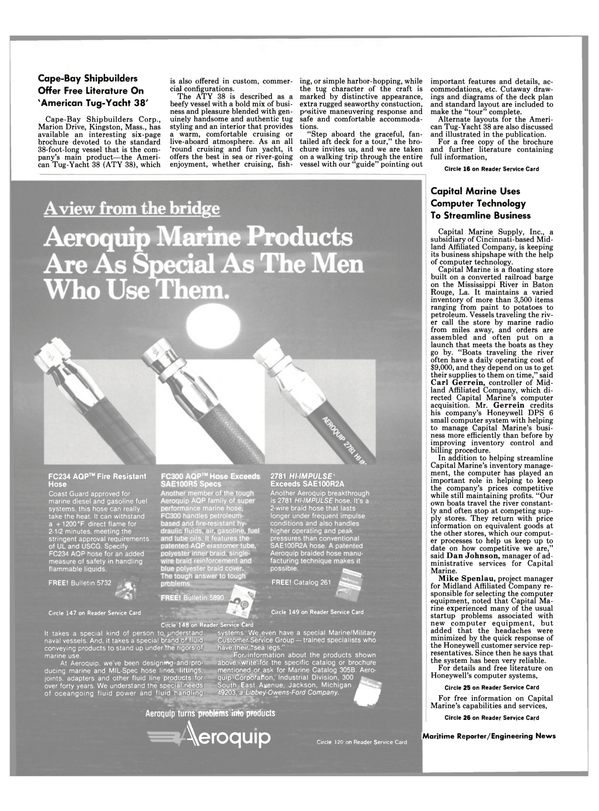