McDermott International, Inc. of New Orleans recently announced that its McDermott Scotland unit has received a telex of intent from Marathon Oil, U.K., Ltd. for a contract valued at more than $85 million to fabricate an 18,000-metricton offshore platform jacket and two 4,500-ton compression modules for the Brae "B" platform in the North Sea.

The 365-foot-tall, eight-leg, Kbraced steel structure will be fabricated at McDermott's yard in Ardersier, Scotland. It is scheduled for installation during the summer of 1987. The two modules will house four centrifugal injection compressors for the field's gas recycling system.

Marathon Oil, U.K., a wholly owned subsidiary of Marathon International Oil Company, is the operator of the Brae "A" platform on the South Brae Field, as well as this second development in North Brae, which will be the first gas cycling development in the North Sea and is expected to produce 75,000 barrels of condensate per day. The Brae " B " platform is due on stream in 1988. North Brae is located some eight miles north of South Brae, 155 miles northeast of Aberdeen, Scotland.

The firm and its subsidiaries provide worldwide engineering and construction services for industrial and commercial facilities onshore and to the oil and gas industry offshore. 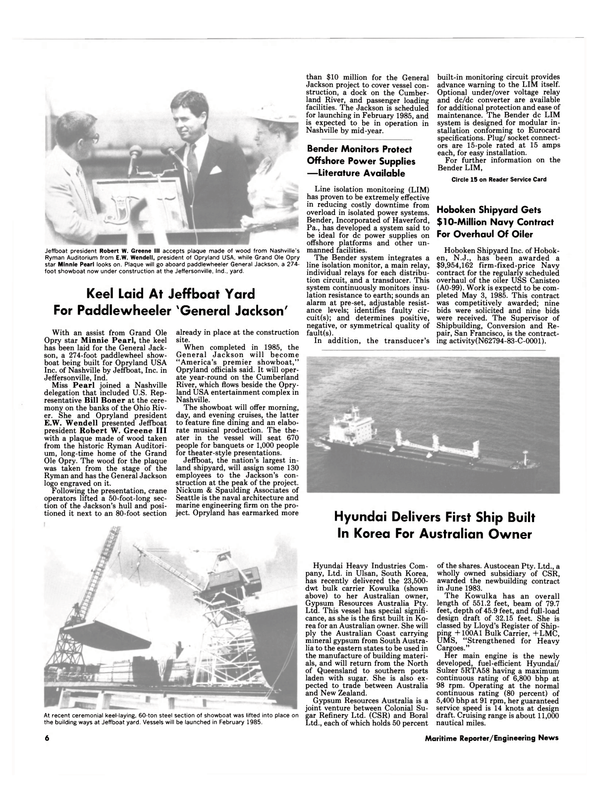