The 41,600-dwt multipurpose cargo ship Hoegh Dyke (shown above) was completed recently by the Turku Shipyard of Oy Wartsila Ab in Finland. Ordered by the Norwegian shipowner Leif Hoegh & Company A/S of Oslo, the vessel is the third and last in a series intended to transport containers, heavy bulk cargo, grain, long timber, special cargoes, and cars. Container capacity is 1,620 TEUs.

The underwater area of the hull is coated with self-polishing antifouling to improve fuel efficiency. The vessel has a very large bunker capacity, enabling her to take on fuel wherever it is cheapest. The cargo spaces, hatch covers, and cargo-handling equipment are designed specially for the owner's special cargoes in worldwide trading. The ship is fitted with a Jastram-T rudder having a rotor in the leading edge and flaps at the rear edge. With rudder and the bow thruster, it is possible for the vessel to turn practically in place. 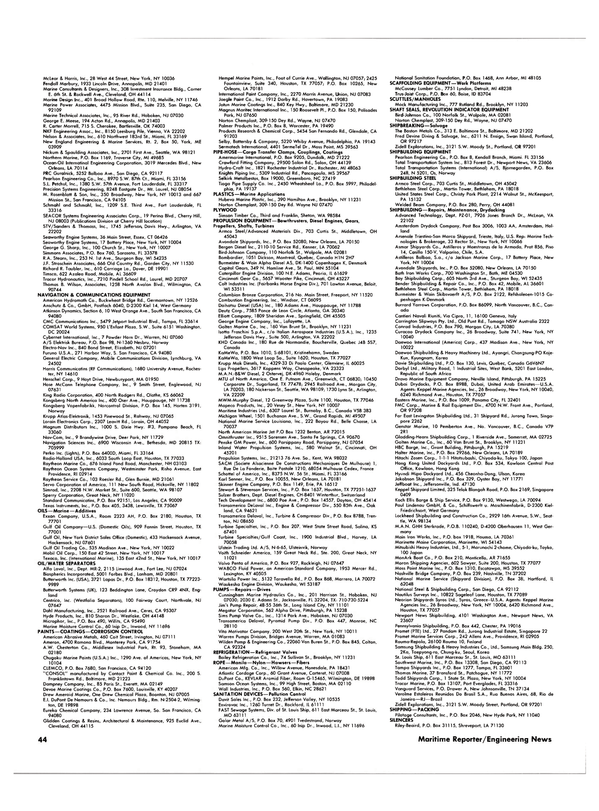