CG-49 Vincennes third of 12 Aegis guidedmissile cruisers ordered by the U.S. Navy for construction at Ingalls Shipbuilding in Pascagoula, Miss., has completed her initial at-sea testing in preparation for commissioning on July 6.

The new ship is equipped with the Aegis weapons system, the most advanced combat system afloat in the world today. This system will be further tested in the Gulf of Mexico during April.

Ingalls delivered the first two ships of the new class, USS Ticonderoga (CG-47) and USS Yorktown (CH-48) in December 1982 and May 1984, respectively. Both ships are now operating with the U.S. Atlantic Fleet. Vincennes will be homeported in San Diego. 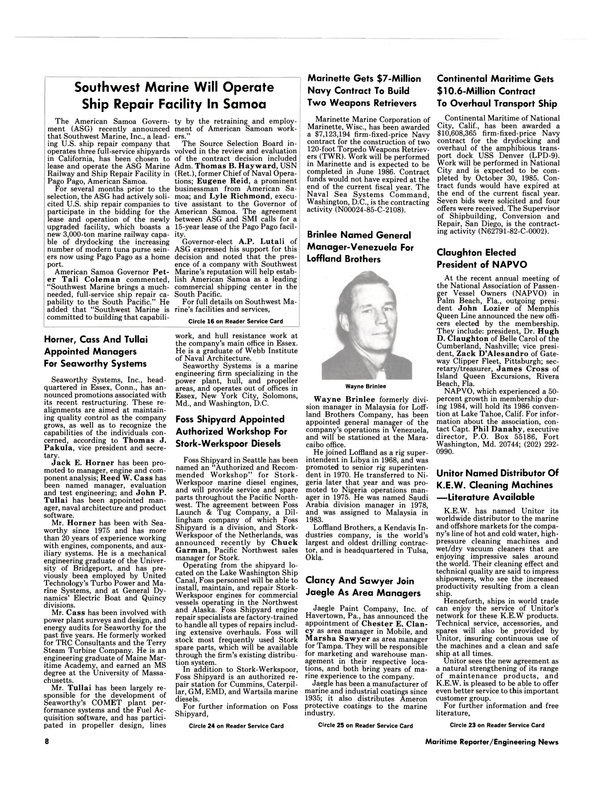 Other stories from March 1985 issue