Bentley (R-Md.), guest of honor and sponsor at the christening ceremonies.

Formerly named the Evelyn Maersk and and a part of the Maersk Line fleet until she entered the yard in February 1984, the ship is named to honor a U.S. Marine Corps hero of the Boxer Rebellion who was killed in 1900 while defending the American Legation in Peking, China. Pvt. Fisher was posthumously awarded the Congressional Medal of Honor.

The ship will be part of the U.S.

Navy's Maritime Prepositioning Ship (MPS) Program under the Military Sealift Command, and will be operated by Maersk Line Limited of New York. As such, she will be stationed in potential trouble spots around the world and carry part of the equipment and supplies for a Marine Corps Amphibious Brigade.

To meet the requirements of the MPS program, the yard separated the vessel amidship and added a 157-foot-long midsection, extending her length to 755 feet. Her depth was changed with the addition of two deck levels, increasing the keelto- deck depth by nearly 16 feet— from 54 to almost 70 feet. Doing this required the alteration of three existing decks—first, main, and upper.

These expansions provided more cargo hold cubic space for a third set of 36-ton-capacity twin Hagglunds cranes, and a new 80-man deckhouse for "surge" crews during periodic loading and unloading. The normal crew complement will be about 65, composed of civilian and MSC personnel.

Other major additions included new ramps, fuel tanks, repair shops, and a helicopter landing platform aft. Bethlehem was able to improve productivity by pre-outfitting many of the new modular units with piping, cable ways, and machinery before lifting them into place aboard the ship.

Reconstruction statistics, with the new 755-foot overall length and 69-foot 10V2-inch depth, include a displacement of 28,249 long tons and a 32-foot 10 -inch full-load draft.

The Fisher's diesel engine propulsion plant will provide a speed of 17.5 knots operating at 85 percent of maximum continuous rating. The main engine is a Sulzer 7RND76M with a mcr of 15,960 bhp at 112 rpm.

The MPS program was proposed by the Secretary of Defense in 1979 as a new option for increasing the responsiveness of Marine Corps forces requiring immediate and rapid deployment. In response to a contingency or actual crisis, equipment aboard the ships will be unloaded and then joined with air-transported Marine Amphibious Brigade personnel. Self-deployed tactical aircraft would rapidly complete the emplacement of the brigade in an operational area. 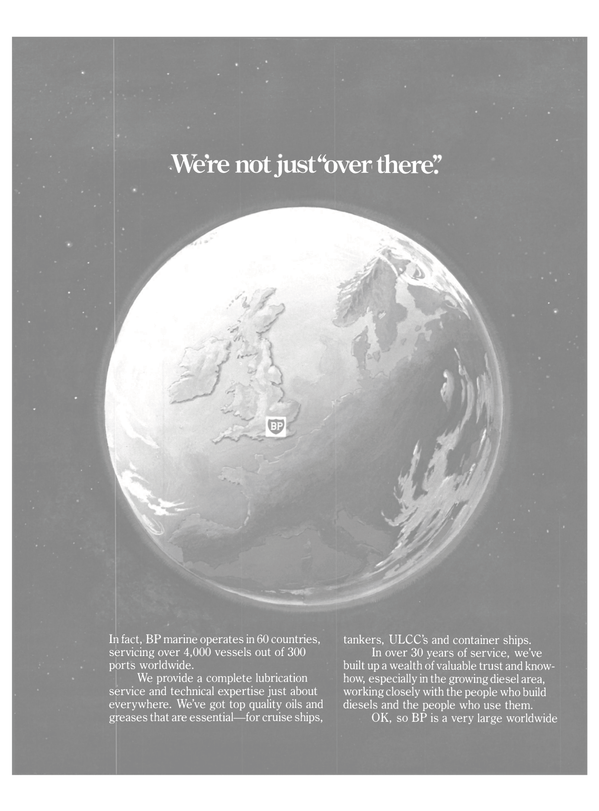