Charles W. Mann has been named president of MonArk Boat Company in Monticello, Ark. Prior to his promotion, he had been serving as corporate vice president for sales and marketing.

Zach McClendon Jr., chairman of MonArk Industries, the parent company for MonArk Boats and several other Arkansas-based industries, said the promotion of Mr.

Mann reflected his contribution to the continued growth of the company in both the workboat and recreational boat divisions.

Mr. Mann joined MonArk in September 1983 as director of marketing for the Workboat Division.

Last year, he took on the added responsibility for the Recreational Boat Division. Prior to joining Mon- Ark, he served as president of Kirby International, a construction firm based in Houston, Texas.

Mr. Mann is a graduate of the University of Colorado where he earned a business administration degree.

Mr. Mann said he was very pleased to be able to serve as president of MonArk. "I am looking forward to even greater growth of the company and to the increase of our market share in both the recreational and workboat areas," he said.

The U.S. Air Force recently accepted the first of nine 41-foot Parasail Training craft being constructed in a $2.2-million contract with the Naval Sea Systems Command.

In addition to the NSSC contract, Mr. Mann said the Workboat Division is currently working on five other Navy contracts and various commercial workboats projects. 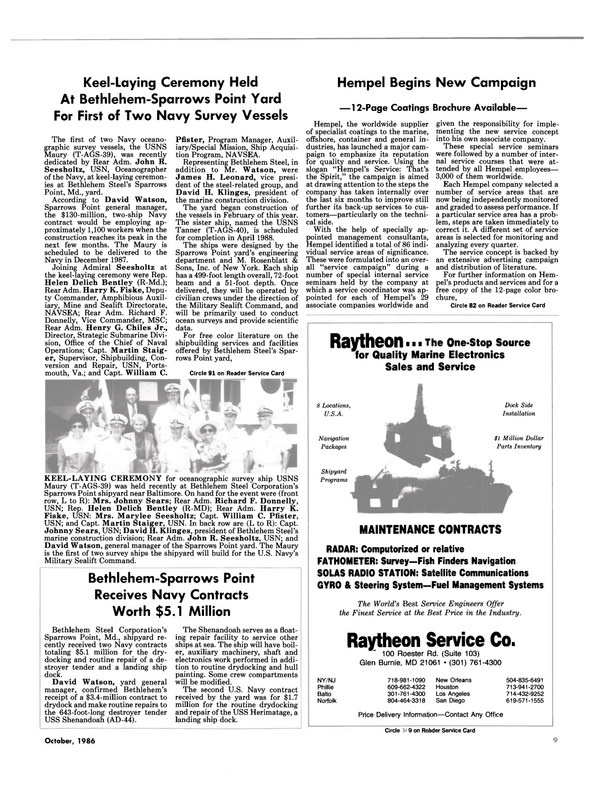