Of the original partners in RCCL, only Anders Wilhelmsen remains.

Under terms of the partnership, Anders Wilhelmsen has the right to exercise an option to buy the shares of his partners. At present, however, this seems a remote possibility.

According to Mickey Arison, president and chief executive of Carnival, the three cruise lines will not be merged and will be operated as separate brands. Carnival plans to introduce a fourth "brand name" in the future with its Project Tiffany program—the construction of three 700-passenger luxury cruise liners.

At present, the company operates seven cruise ships and has three 70,000-grt, 2,500-passenger superliners on order at Wartsila Marine of Finland. The newbuildings, the Fantasy, Ecstacy and Sensation, are scheduled for delivery from 1989- 1991. 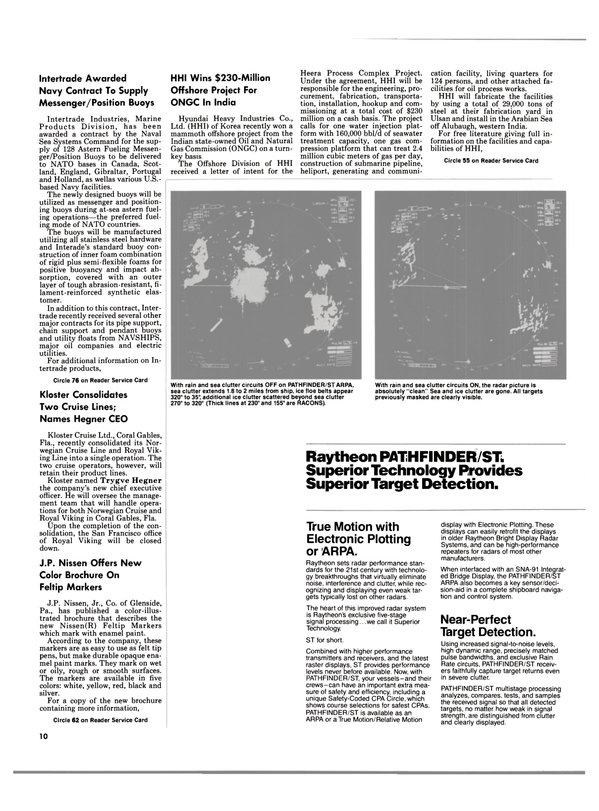