The handsome 160-foot crabber/ longliner that recently left the MARCO-Seattle Shipyard bore little resemblance to the fire-ravaged 130-foot crabber that had been towed in four months earlier. After her conversion, which included the addition of 30 feet to her hull, as well as a new multilevel deckhouse and longlining capability, the "reborn" Westward Wind was able to rejoin the Arctic Alaska Fisheries fleet for the fishing season.

"It was like one of those 'Phoenix rising from the ashes' stories," said shipyard vice president Bob McMahon. "I'm really proud of our people for pulling together such a complex job in such a short time," he said.

The conversion, originally planned as a 16-week project, was completed 10 days ahead of schedule.

The 30 feet of new hull provides the Westward Wind with an additional 10 feet of space at the forward end of her engine room and more than 4,000 cubic feet of refrigerated hold space. The refrigeration system consists of two Comlac Coil fiveblower units and associated compressors, condensers, and receivers, all installed and piped by PSER Inc.

The ship's new deckhouse includes a spacious pilothouse, a new accommodations deck, and a shelter area for the new longline system.

For her new role as a longliner, the Westward Wind now carries a MARCO automated longline system, including the CircleMatic automatic circle hook baiter and the MarcoMatic hauler/coiler. Baiting is done from the shelter area located on the starboard side of the main deck aft.

In the engine room, the vessel's water-damaged Detroit Diesel 12E149 main engines and reduction gears were rebuilt by Emerson Diesel.

Two of her auxiliary generator sets were scrapped, the other was rebuilt, and two new 8V-92TA units with Marathon 325-kw generators were installed. She was fitted with two new 68-inch-diameter, fourblade Bird-Johnson bronze propellers.

For additional information on conversions and other services provided by MARCO-Seattle, Circle 1 on Reader Service Card 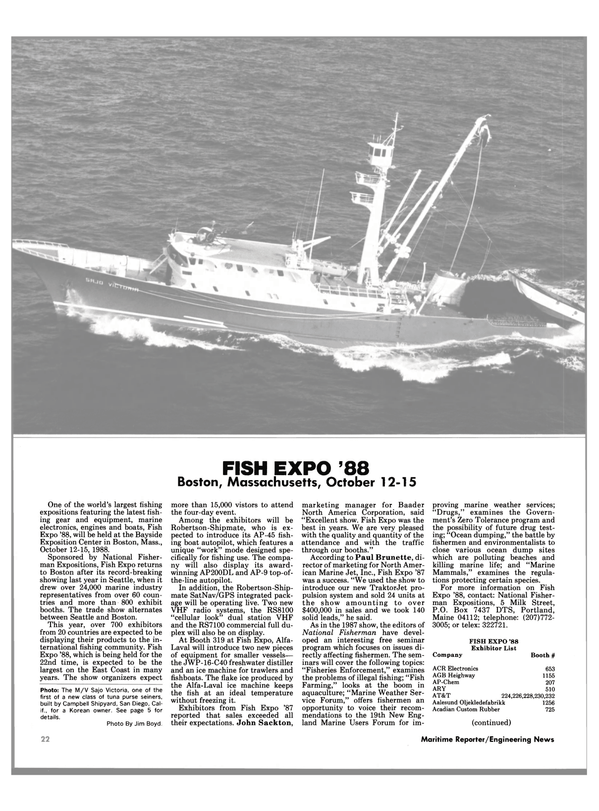