The four units detailed in the literature include: the Golar Marine OG 120, a compact unit for waste problems of small and mediumsized vessels; the Golar Marine OGS 200 and OGS 400 models, which combine the convenience of a batch feed operation with the advantages of continuous feeding through a revolving sluice; and the Golar Marine GS 500, a high-capacity model which is used to burn solid waste, sewage and sludge oil aboard passenger vessels, offshore platforms, naval ships, etc.

Full-color photographs of each unit, along with schematic and dimensional drawings, as well as tech- • nical data are included in the literature.

For your free copies of the literature offered by Pego Systems on Golar Marine incinerators, Circle 9 2 on Reader Service Card 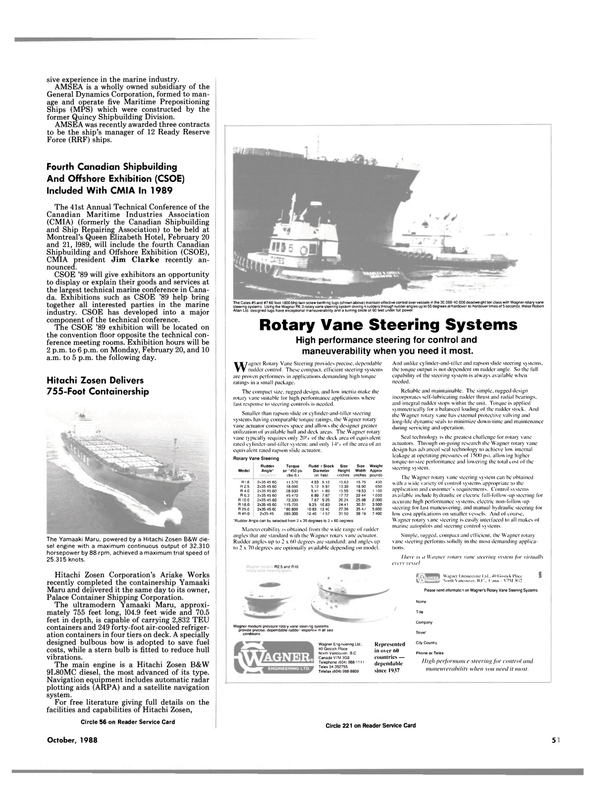