According to G. Marine, the two graving docks are the largest on the East Coast. Each dock is 1096 feet long by 150 wide and can accommodate ships up to 145,000 dwt.

At the facility, there are approximately 19 acres of land with support buildings and six gantry cranes with lifting capacities ranging from 25 to 200 tons. G. Marine also has installed two 4,160-volt transformers to supply shore power to the larger naval and commercial vessels. G.

Marine also has a 50-ton mobile crane and mobile equipment at the site.

In the past five months, the company has been upgrading the entire facility. The main pump room that controls graving docks 5 and 6 have been completely upgraded and automated to naval standard and have been Navy certified. The main firefighting system has been upgraded to supply 5,400 gmp.

In addition, G. Marine has a fully equipped machine shop in Brooklyn to support its shipyard operation.

J.E. Eckhardt has been promoted by the company to general manager/chief estimator in charge of operations at its shipyard. 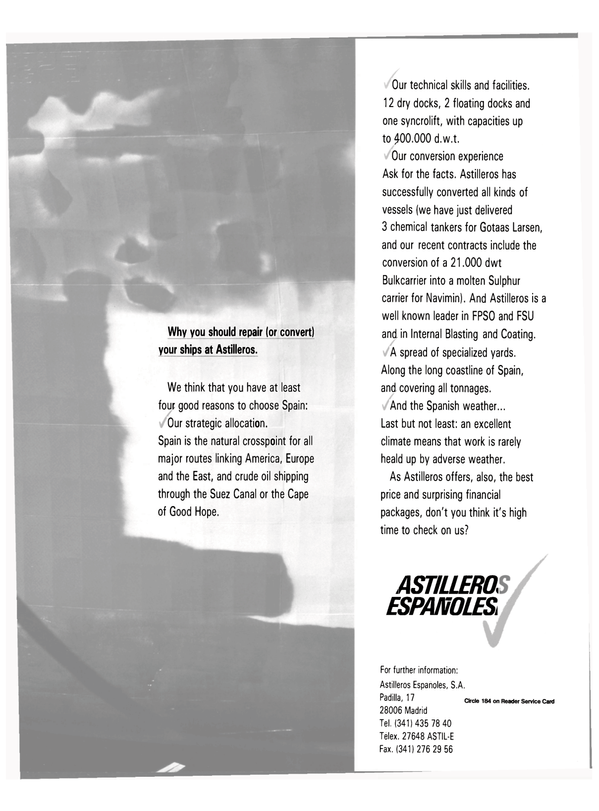