Both Mr. Guarino and Mr. Cox had been employed by Halter Marine prior to its acquisition of Trinity Industries, Inc. Mr. Guarino joined Halter in 1960 and rose to vice president, engineering, and Mr. Cox joined the company in 1971 and later became chief naval architect.

In making the announcement, John Dane III, president of the Trinity Marine Group, said: "The acquisition of Guarino and Cox, Inc., greatly enhances our design and engineering capacity at a time when we are faced with a major engineering challenge with the award of AGOR-23, a new class Navy oceanographic ship.

This also gives us the ability to respond more rapidly to a greater variety of inquiries and requests for proposals." Guarino & Cox, Inc., is best know for numerous designs of workboats successfully employed worldwide by the offshore drilling and exploration industries. It is one of the few firms of its type proficient in the design of high-speed vessels for civilian and military applications. Recent work included assisting the Trinity Marine Group with the design and proposal for the AGOR-23.

John Moreau, who has served as engineering manager since 1982, will continue in that position. 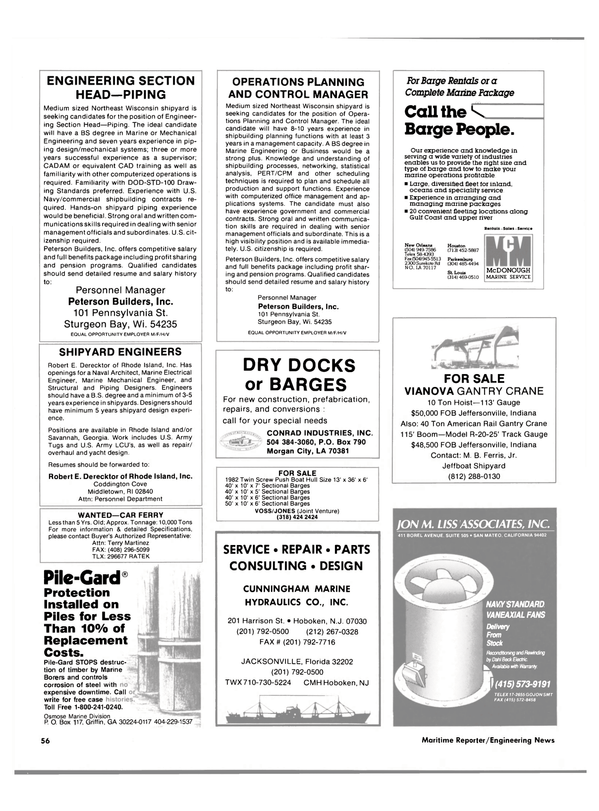