The Trinity Marine Group has been awarded a $20.9-million contract by the U.S. Navy to build a 263-foot oceanographic research ship. The 3,200-ton, diesel electric, dynamically positioned AGOR-23 will be operated by the University of Washington.

The design of the new class of research ship is a result of a national competition won by Trinity's Halter Marine, Inc., with assistance from Guarino and Cox, the New Orleans naval architecture firm.

The all-steel AGOR-23 will be 263 feet in length, with a 16.5-foot design draft, and 52-foot molded beam. Main propulsion power will be derived from a bank of dieseldriven generators.

The vessel will have trackline capability to maintain course within a 300-foot band. It will be served by a global reference system which electronically integrates with two azimuthing drives, or 360-degree rotating propellers and a 360-degree capable bow thruster. Trackline ability is enhanced because the azimuthing drives eliminate propeller drive shafts or conventional steering permitting the propellers to pivot in any direction.

AGOR-23 will include cranes, reels, and an A-frame for towing scientific equipment, dry and wet laboratories, and staterooms and galley for a crew of up to 70.

Completion of the vessel, which will be built at one of Trinity's two shipyards in the Moss Point, Miss., area, is scheduled around the end of 1989.

Two Halter-designed and built Navy oceanographic vessels, the Moana Wave, and the Gyre, are operated by the University of Hawaii, and Texas A&M, respectively.

For more information and free literature on the Trinity Marine Group, Circle 45 on Reader Service Card 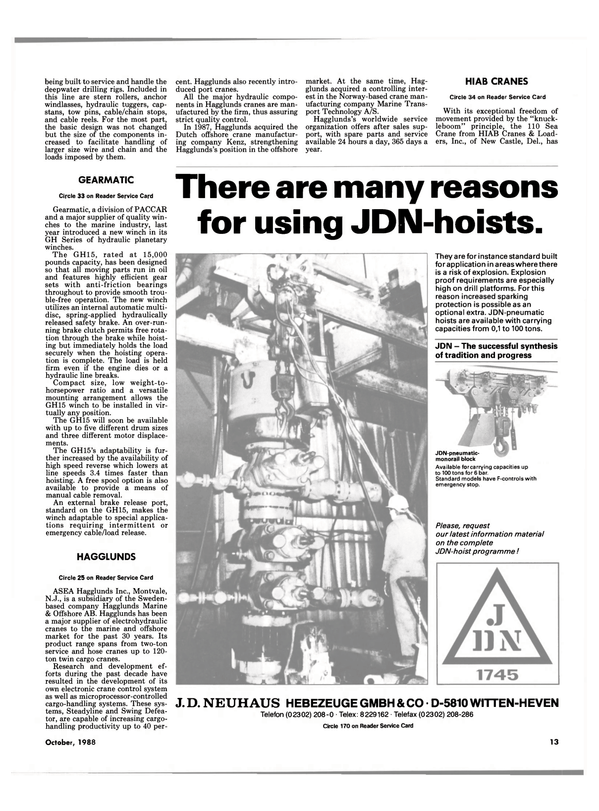