At the same time, the company has embarked on a C$60-million modernization program involving the installation of new equipment and the creation of new facilities; this will complement a recent agreement with -Japanese shipbuilder IHI for shipbuilding technology transfer with the aim of introducing within the yard the very latest in production methods.

MIL-Davie's president and chief executive Don Challinor said, "The increased efficiency now possible through our new labor agreement, plus the considerable modernization program currently under way, will be the cornerstone for our success in the future by making us very much more efficient and competitive.

At present, MIL-Davie, which has a total of 2,400 employees, is building three patrol frigates for the Canadian Navy, modernizing two Tribal Class destroyers, and has recently launched a Gulfspan Class ferry, the 1,200-passenger Joseph and Clara Smallwood, for Marine Atlantic Inc.

For free literature detailing the facilities of MIL-Davie, Circle 5 on Reader Service Card 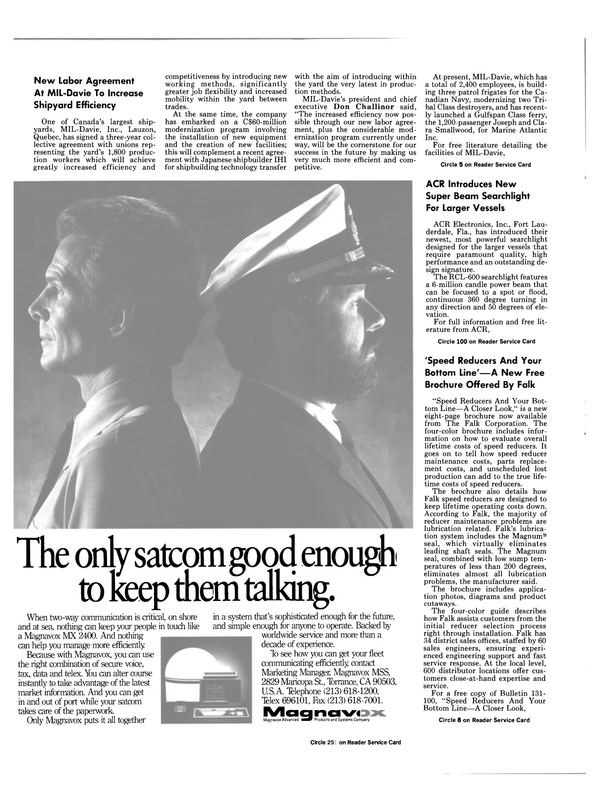