The U.S. Navy's Military Sealift Command announced the acceptance of rates offered by 16 U.S.-flag ocean carriers under its container and shipping agreements for the period October 1, 1989 through March 31, 1990.

For the first time, rates were accepted for the October 1989- March 1990 cycle from Sea Barge Group, Inc. of Miami, Fla., and Pearcy Marine, Inc. of Houston, Texas. These two carriers will provide service from the U.S. East Coast, Gulf Coast and West Coast to Panama. In addition, expanded service will be available from the U.S. 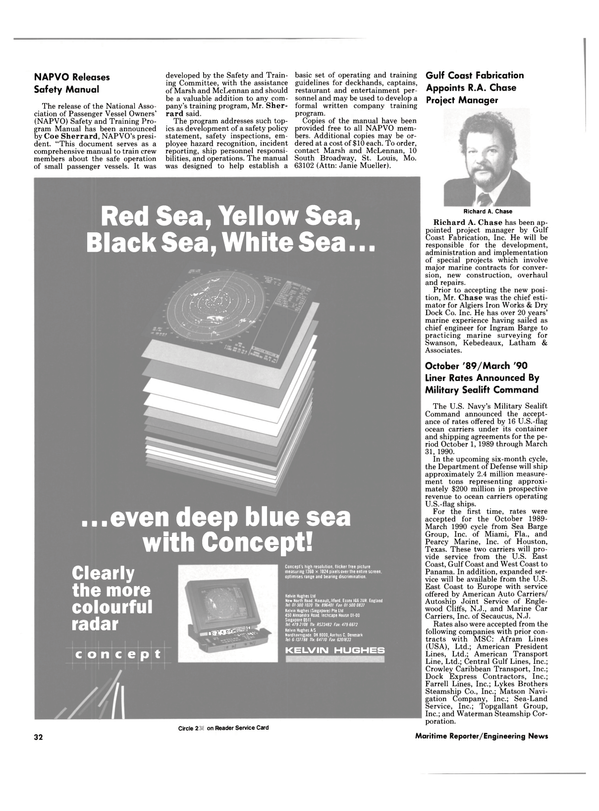