The fishing vessel Sea Wolf, originally built by Marco in 1979 as a 123-foot combination crabber has since undergone more than one major change to stay in the forefront of the changing fisheries.

In 1982, the Sea Wolf underwent a trawl conversion that included winches, a trawl gantry, and associated auxiliaries and hydraulics. Then, three years ago, she came to the Marco Shipyard to be the first to repower with the new 1,710-hp CAT 3516. That gave "The Wolf" added towing power for more efficient trawling and for handling the Danish Hydromatik fish pump that she was the first in the U.S. to use.

Now, the "new" Sea Wolf has emerged from the Marco yard again, with more capabilities than ever. She has had a 20-foot midsection added, as well as a bulbous bow and an extended shelter deck, taking her overall length to 143 feet.

The new section adds a fourth fish hold, raising the Sea Wolf's capacity from 9,060 to 12,360 cubic feet (350m3). She also brought her fuel oil capacity up from 55,000 to 80,850 gallons (306,000 liters). At the same time, NC Marine adjusted the CAT 3516 to provide an additional 100 hp% The Sea Wolf's fishing schedule only allowed her to be in the Marco yard for nine weeks. Since this job would normally take about 16 weeks, the new midsection was prefabricated prior to the boat's arrival. The module was then swung into place by the Foss Jolly Green Giant barge crane after the Sea Wolf was cut in two in Marco's 1,800-ton-capacity floating drydock.

Watson added. "We got everything we wanted and more." For additional information on vessel conversions and other shipyard services at the Marco Shipyard, Circle 90 on Reader Service Card 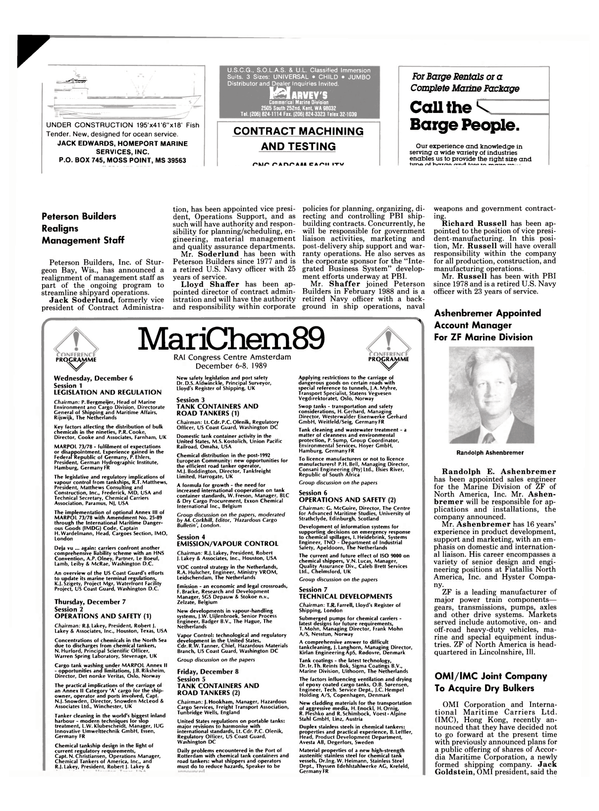