Gunter J. Waehling has been named vice president and general manager of Henschel, a Newburyport- based producer of ship control and internal communications systems for naval applications.

He succeeds George Curry, who retired in May prior to the acquisition of Henschel by SPD Technologies. George M. Gordon, president and chief executive officer of SPD, had directed Henschel's operations during the last month until the new vice president was selected.

Mr. Waehling had served as vice president, manufacturing since joining Henschel in 1975. Prior to that, he spent nine years with United Shoe Machinery Corp., and before that he was with U.S. Gear Corp. for three years.

In announcing the appointment, Mr. Gordon noted that plans for new product development at Henschel would be accelerated now that the company is part of the SPD organization, which also serves naval markets with advanced electronic systems.

For more information and free literature from Henschel, Circle 83 on Reader Service Card 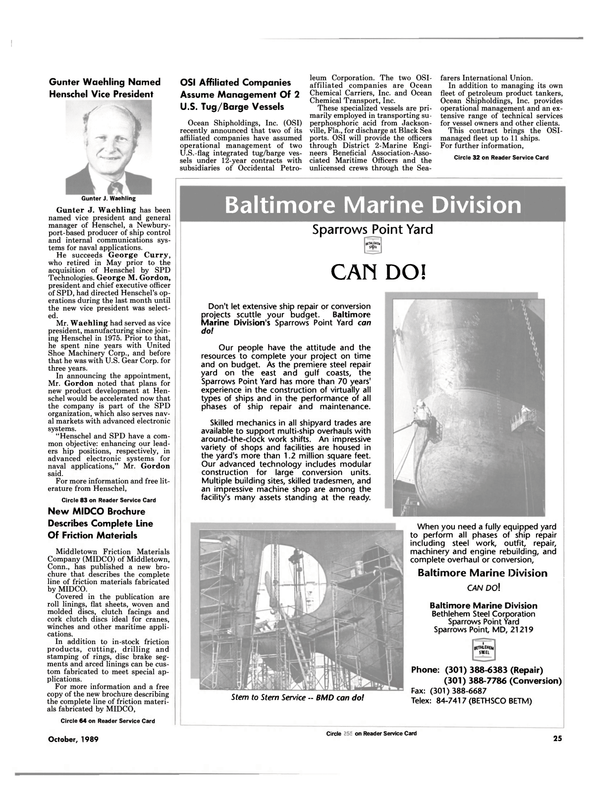