The American Institute of Merchant Shipping (AIMS) has announced the 1991 kickoff for two contests designed to publicly recognize high schievements in safety at sea, the Ship Safety Achievement and the Jones F. Devlin Awards.

Announcements for each contest, which cover safety achievements in calendar year 1990, have been mailed to chief executives and safety directors of U.S.-flag mechant shipping companies. The awards are sponsored by AIMS and the Marine Section of the National Safety Council (NSC). The Ship Safety Achievement Awards are conferred on vessels representing all segments of the U.S.-flag merchant marine which have performed outstanding feats of rescue or seamanship illustrative of the high safety standards in the nation's fleet. Such feats may include, but are not limited to: rescue; assistance to distressed vessels; transfer of ill or injured persons under difficult sea conditions; and outstanding demonstrations of safety and ship operation which contributed to saving a life or a ship.

The Jones F. Devlin Awards are given to any self-propelled U.S.-flag vessel which operates for two consecutive years without a crew member losing a full turn at watch because of an occupational injury. Higher honors are given to vessels completing four accident-free years, and special awards are given for vessels exceeding five years.

These awards have the endorsement of AIMS and NSC, and are supported by the U.S. maritime industry and the federal agencies concerned with safety at sea. 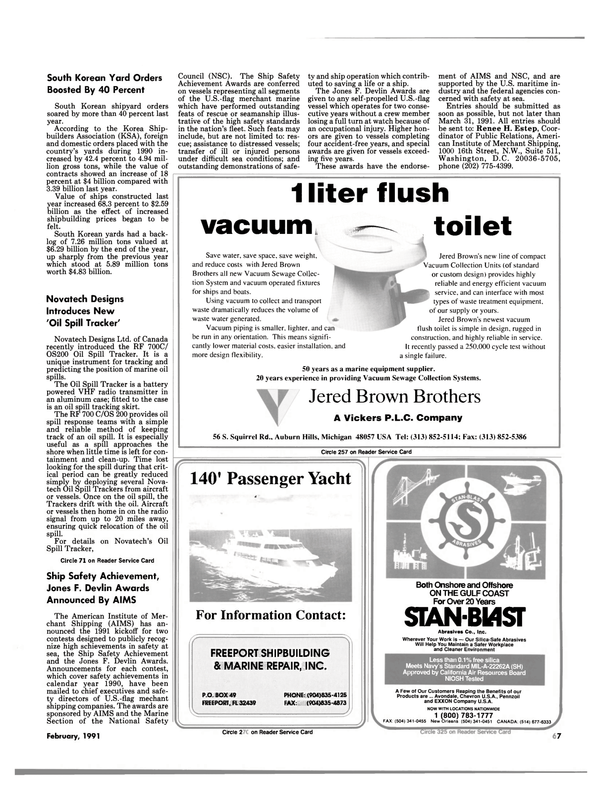