The 98.4-foot-long by 18.7-footbeam mini-sub, dubbed the TR-300, would displace 300 tons submerged and carry a crew of eight sailors.The dimensions give a 5:1 length-tobeam ratio which is traditional in modern German submarines.

The design would use a closedcycle diesel running on oxygen drawn from a cryogenic tank.

Thyssen is known to have signed an agreement with Cosworth Deep Sea Systems of Britain to use its patented gas management system.

The Cosworth system eliminates exhaust compressors which in the past limited the depth a submarine could operate with a closed-cycle diesel. 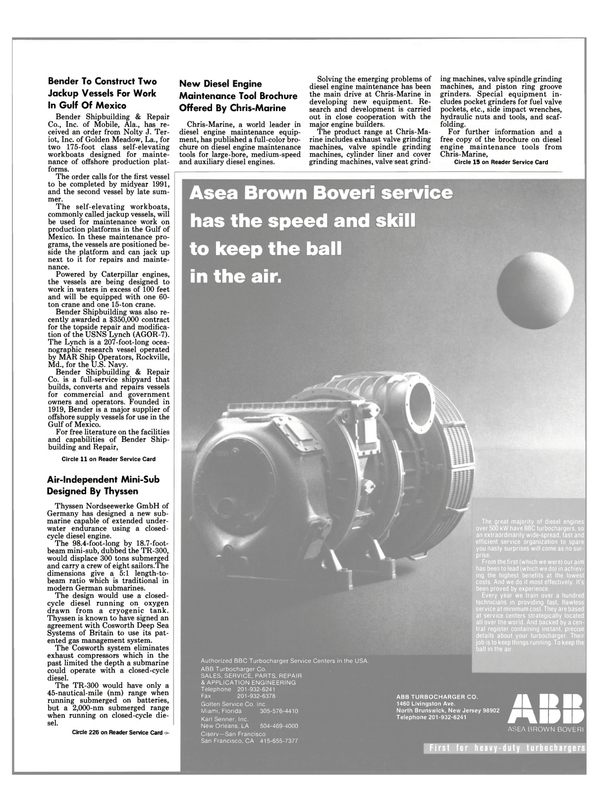