The U.S. Navy is examining lasers for detection, identification and destruction of targets in light of more stealthy and speedy threats, according to Aaron Budgor, former Navy program manager for the SDI Firepond laser radar program, who is doing long-range planning for the Naval Research Laboratory.

Navy researchers contend lasers could have a lower cost per engagement than tactical missiles. Mr.

Mr. Budgor noted that proposals for all-electric ships are calling for 50- to 100-megawatt power supplies.

"With that kind of power it is not hard to envision using a freeelectron laser" for shipboard defense.

He added there are research opportunities in examining nuclear reactor-pumped lasers, "which in principle would have an unlimited magazine." 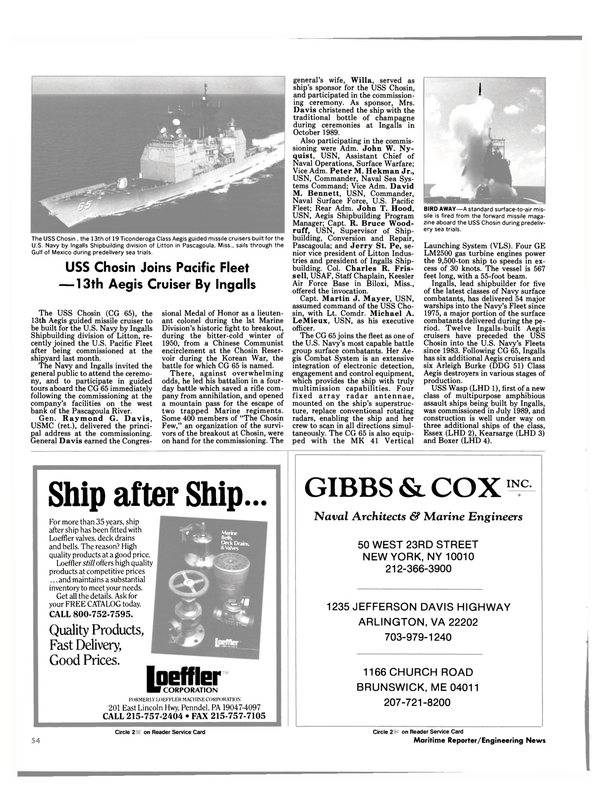