Reports It Will Build Two Tankers For OSCO Los Angeles Shipyard Corporation, based in San Pedro, Calif., recently announced it had secured its first production contract and has been awarded the exclusive negotiating rights from the Port of Los Angeles for leasing arrangements for a shipyard formerly leased by Todd Shipyard Corporation. The 100-acre site is located at the Port of Los Angeles, just north of the Vincent Thomas Bridge.

The Los Angeles Shipyard Corporation has been awarded an $82-million contract with the Norwegian shipping firm OSCO Group for the construction of two 40,000-ton oil tankers pending finalization of lease negotiations, according to John Stupakis, chief executive officer of the company.

Stupakis, a former aerospace executive and other experienced corporate managers who are looking forward to employing production specialists formerly associated with the Todd Shipyards.

Once on line, The Los Angeles Shipyard Corporation will employ an estimated 2,000 people, many of whom lost their jobs in 1989 with the closure of Todd Shipyards's San Pedro facility.

John Chernesky, manager, human resources for the company and a retired Navy Captain, said that negotiations for a possible labor contract with Local Lodge S-9 of the Industrial Union of Marine & Shipbuilding Workers of America-IAM have begun.

"We are pleased to already have more than 1,500 job applications from individuals anxious to work with our company," said Mr. Chernesky.

Price Waterhouse is representing The Los Angeles Shipyard Corporation in the acquisition and financing of the debt and equity required to complete the transaction. Financing is currently being put in place to meet ongoing capital requirements for the company. 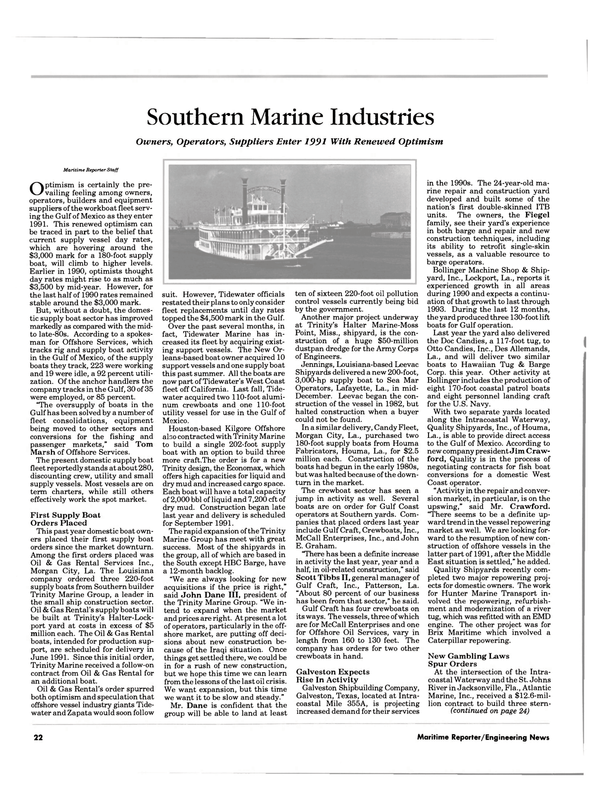