World Shipyards Capable Of Producing 'Only 40 VLCCs A Year

According to a new Japanese survey, the world shipbuilding industry is capable of producing only 40 VLCCs a year because of capacity restrictions, workforce ability, technological standards and price competition.

Thirty-seven shipbuilding berths around the world capable of producing in theory 70-110 VLCCs a year were identified by the Tokyo-based Japan Maritime Research Institute (Jamri).

"We can easily find out, however," the survey noted, "that in reality they can construct only 40 VLCC-class tankers today when we take their workforces' ability, technological standards and price competition into consideration." Given present circumstances, construction of more than 30 VLCCs a year is undesirable, according to the survey. Shipowners are asked to place orders "in a disciplined, orderly fashion without disrupting the supply-and-demand situation of VLCCs in the world market." The 37 berths identified by Jamri include docks measuring 57 meters (about 121 feet) in width, capable of building the new generation of "wide" VLCCs. 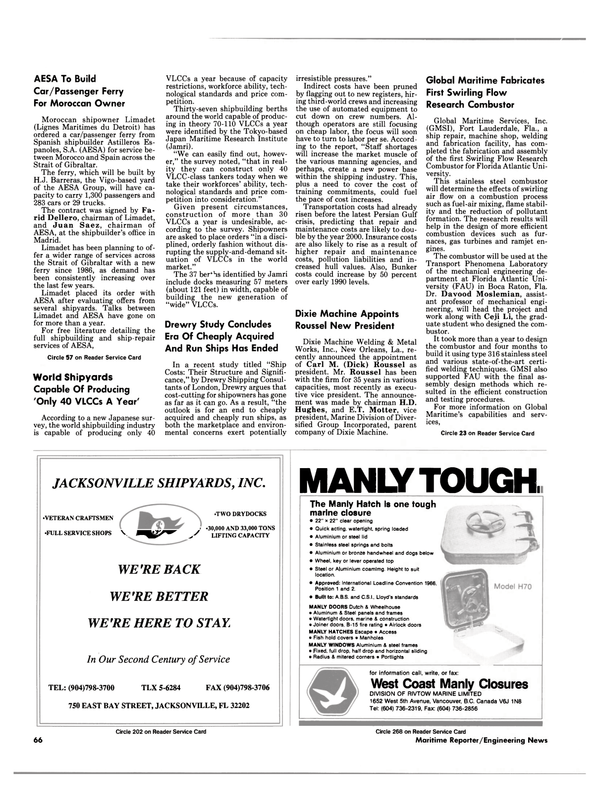 Read World Shipyards Capable Of Producing 'Only 40 VLCCs A Year in Pdf, Flash or Html5 edition of February 1991 Maritime Reporter