Mr. Richards joined Moran while an undergraduate at St.

John's University, Long Island, N.Y. In his new position, he will market the Moran fleet of oil and dry bulk barges and oversee all contracts.

Mr. Muller started with the Moran organization in the New York sales department in 1977 and has been involved in labor relations, business development, project coordination and subsidiary management.

He will direct the New York tug and barge fleet, as well as overseeing the coastwise transportation of coal and oil. He succeeds Capt.

In his new position as vice president, Mr. Beardsley will be in charge of repairs to Moran's tug and barge fleet and will oversee all newbuildings.

Beardsley as assistant manager of the construction and repair department will be Theodore Andreadis, a 1979 engineering graduate of Massachusetts Maritime Academy and former tugboat chief engineer. 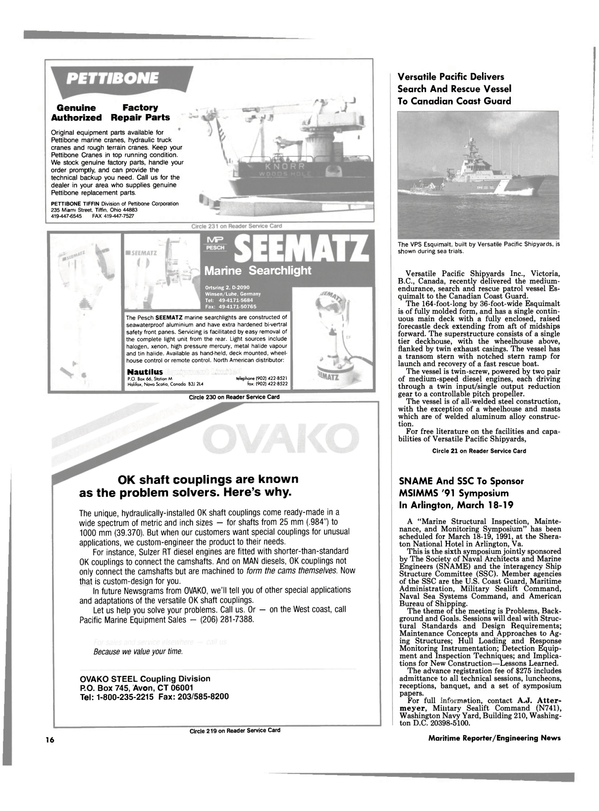