In 1988, Congress enacted the Abandoned Shipwreck Act (Pub. L. 100-298, 43 U.S.C. §§ 2101-2106), in an effort to give states more authority to protect the historical provenance of abandoned shipwrecks in state waters. It was one of the more controversial laws Congress passed that year because it pitted treasure salvors and divers, on the one hand, against states and historic preservationists on the other. In the end, the states won passage of the legislation, but some twelve years later, the question remains whether the Act has had the intended effect. Two significant decisions since 1988 have called into question the law's stated Congressional policy.

The Abandoned Shipwreck Act and Congressional Policy First, a description of the Act itself.

Submerged lands include lands beneath state waters generally out to three nautical miles. The stated policy of Congress in enacting the ASA was to allow states to protect natural resources and habitat areas, guarantee recreational exploration of shipwreck sites, and allow for appropriate public and private sector recovery of shipwrecks. Congress also declared that the law of salvage and the law of finds - traditional admiralty principles for the recovery of shipwrecks - were not to apply to abandoned shipwrecks to which title had been transferred.

Although it was a small law by today's standards, it attempted to modify 200 years of admiralty law applicable to the recovery and ownership of shipwrecks.

Perhaps, with hindsight, the goals were too ambitious.

California v. Deep Sea Research, 523 U.S. 491 (1998). The Eleventh Amendment generally protects the States from being sued in federal court without their consent. Although the Court's decision is limited in its effect, and did not reach the question of the underlying constitutionality of the ASA, it still may have a chilling impact on state claims to shipwrecks abandoned in their waters.

To review the facts briefly, Deep Sea Research, Inc. (DSR), a salvage company, claimed to have located the ship known as Brother Jonathan in California's territorial waters. The vessel, a 220-ft., (67 m) wooden-hulled, double side-wheeled steamship, sank in 1865 after striking a submerged rock during a voyage between San Francisco and Vancouver.

Most of the ship's passengers and crew perished. The ship's cargo included a shipment of up to $2 million in gold. In 1991, DSR filed an action in the United States District Court for the Northern District of California seeking rights to the wreck of Brother Jonathan and its cargo. The State of California intervened, claiming it had title to the wreck under the ASA. According to California, the ASA applied because the vessel was abandoned and was both embedded on state land and eligible for inclusion in the National Register of Historic Places.

DSR disputed the State's title claim and also argued that the ASA could not divest the federal courts of the exclusive admiralty and maritime jurisdiction conferred by Article III, Sec. 2 of the United States Constitution. Both the district court and the court of appeals sided with the salvor. The Supreme Court granted certiorari to address the question whether a state's Eleventh Amendment immunity was different in an in rem admiralty action and whether it depends upon evidence of the State's actual possession of the res, i.e., the wreck or part thereof, or whether the State can assert bare ownership under cover of the ASA.

Although the Supreme Court has been the jealous guardian of the states' prerogatives under the Eleventh Amendment, especially in recent years, in this case, the Court distinguished the application of the Eleventh Amendment in more traditional cases from those in which the federal courts are exercising in rem admiralty jurisdiction. The Court was reluctant to disrupt the federal courts' "constitutionally established jurisdiction" in the area of admiralty jurisdiction, and concluded that where a vessel is not in the actual possession of a sovereign, as it was not in the case of Brother Jonathan, the Eleventh Amendment does not bar federal jurisdiction over the vessel. The district court could resolve the dispute between DSR and the State of California. 523 U.S. 491 at 507-508.

The ASA was intended to grant additional powers to states, and to allow claims to abandoned shipwrecks located in state waters to be adjudicated essentially in state courts. In state courts, presumably state historic preservation law would apply to the recovery and protection of wrecks. But, the Supreme Court has put this presumption in serious doubt, allowing federal courts sitting in admiralty to continue to exercise jurisdiction over wrecks, which a state has not already located. Although the decision represents a traditional deference to federal courts' admiralty jurisdiction, the Court has significantly undercut a basic premise of the ASA. Since the Court's interpretation is one of constitutional prerogative, there is little, if anything.

that Congress can do about it.

Spanish Frigates and Salvage Claims A more recent decision that limits the reach of the ASA is the July 21, 2000 decision of the United States Court of Appeals for the Fourth Circuit in Sea Hunt, Inc. v. Unidentified Shipwrecked Vessel, 2000 U.S. App. LEXIS 17546.

The Sea Hunt decision concerned the rights of Spain, on the one hand, and the Commonwealth of Virginia, on the other, to two Spanish Royal Naval vessels, La Galga and Juno, which had been lost off the shores of present-day Virginia in 1750 and 1802, respectively.

La Galga was a 50-gun frigate commissioned into the Spanish Navy in 1732. She left Havana on her last voyage on August 18, 1750, in order to escort a convoy of merchant ships to Spain. On August 25, 1750, the convoy encountered a hurricane near Bermuda that scattered the ships and forced them westward toward the American coast.

La Galga eventually sank off the coast of the Maryland/Virginia border. Most of the crew and passengers reached land safely. Juno, a 34-gun frigate, entered the service of the Spanish Navy in 1790.

On January 15, 1802, the vessel set sail from Veracruz bound for Spain. Beset by a ferocious storm, Juno took on water, and sank - causing at least 413 sailors, soldiers, and civilians to perish.

The Commonwealth of Virginia asserted ownership over La Galga and Juno pursuant to the ASA. The Virginia Marine Resources Commission granted Sea Hunt, a maritime salvage company based in Virginia, permits to explore for wrecks off the Virginia coast. Sea Hunt spent about a million dollars in remote sensing, survey, diving, and identification operations, as a result of which the company claimed to have found the remains of La Galga and Juno. Sea Hunt brought an in rem admiralty action against the two wrecks on March 11.

1998. The district court granted Sea Hunt exclusive rights to salvage the wrecks, but directed the company to send notice to the United States and Spain. Spain intervened claiming that it was and still is the true and bona fide owner of Juno and LA Galga, and that it had never abandoned or relinquished or transferred such ownership and title.

The district court found that Spain had abandoned its claim to La Galga but not to Juno.

On appeal, the Fourth Circuit Court of Appeals sided with Spain's claims to both shipwrecks. The Court of Appeals considered whether these frigates had been abandoned by Spain within the meaning of the ASA. The Court had to decide whether the law allowed a finding of implied abandonment, as the Commonwealth of Virginia argued, or one of express abandonment, as Spain and the United States argued. The Court sided with Spain, finding that an "owner who comes forward has definitely indicated his claim of possession, and in such a case abandonment cannot be implied." 2000 U.S. App. LEXIS 17456 at *11.

The Court also found that the legislative history of the ASA suggests that sovereign vessels must be treated differently from privately owned ones, relying on a State Department letter in the House Report, which states, "The U.S.

only abandons its sovereignty over, and title to, sunken U.S. warships by affirmative act; mere passage of time or lack of positive assertions of right are insufficient to establish such abandonment." H.R. Rep. No. 100-514(11), at 13 (1988).

Since the United States never intended to abandon its claims to its warships in foreign waters, a different standard would not be applied to those of another nation albeit located in U.S. waters. In this instance, Spain had maintained the two vessels on its national naval registry and never intentionally abandoned its ownership interests in any treaties Spain had entered into with the U.S or U.K.

Conclusions Both the Brother Jonathan and Sea Hunt decisions are major rulings affecting and in many ways limiting the intended reach of the ASA. Although it is likely the parties will appeal the Sea Hunt decision, it is in many ways more defensible than the Brother Jonathan decision. The ASA was never intended to wrest ownership of warships away from sovereign nations. On the other hand, it was intended to give states greater, if not exclusive, jurisdiction over other abandoned wrecks in state waters. The implications of the Brother Jonathan case are that states will either have to spend more of their own resources to locate wrecks of importance to them or enter into early arrangements with treasure salvors that give those salvors a greater share of the salvage in exchange for allowing the states greater access to information about their historic provenance.

The preceding was authored by Joan M.

Bondareff was senior counsel to the House Committee on Merchant Marine and Fisheries at the time of passage of the Abandoned Shipwreck Act. 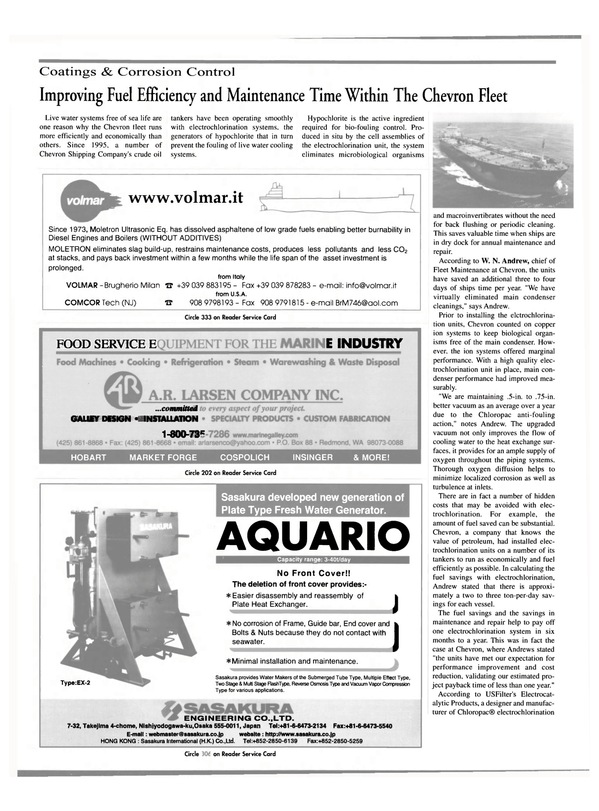