Litton Avondale Industries laid the keel of M/V Polar Discovery on August 28 for Long Beach, Calif.-based Polar Discovery. Formally known as Arco Tankers, the company contracted Avondale to build this vessel, which is the last part to a three-part series of Millennium Class tankers that will transport crude oil from Alaska to the U.S. West Coast.

The tanker, which is scheduled for delivery in the fourth quarter 2002, is the final chapter in this Millennium series that began with Polar Endeavour and Polar Resolution. Both vessels will enter the Alaskan trade upon their delivery in 2001. Measuring 895 x 152 x 86 ft. (272.6 x 46.2 x 26.3 m), the vessels' namesake is in honor of explorer Captain James Cook. They are the premiere new crude-oil carriers built for Alaskan trade in accordance with the Oil Pollution Act of 1990.

Constructed with double hulls, the tankers will boast double independent engine rooms, twin propellers and twin rudders. In addition, the tankers will hold all cargo, fuel and lubricating oils isolated from the ship's side by ballast tanks or void spaces. The tanker trio will be powered by twin 11,060 kW slow-speed diesel engines employing a 2,206 kW bowthruster at a design speed of 16.5 knots loaded and 17.5 knots in ballast. Polar Discovery's tanks will house more than one million barrels of cargo at full capacity and 125,000-dwt of cargo for Puget Sound, Wash. 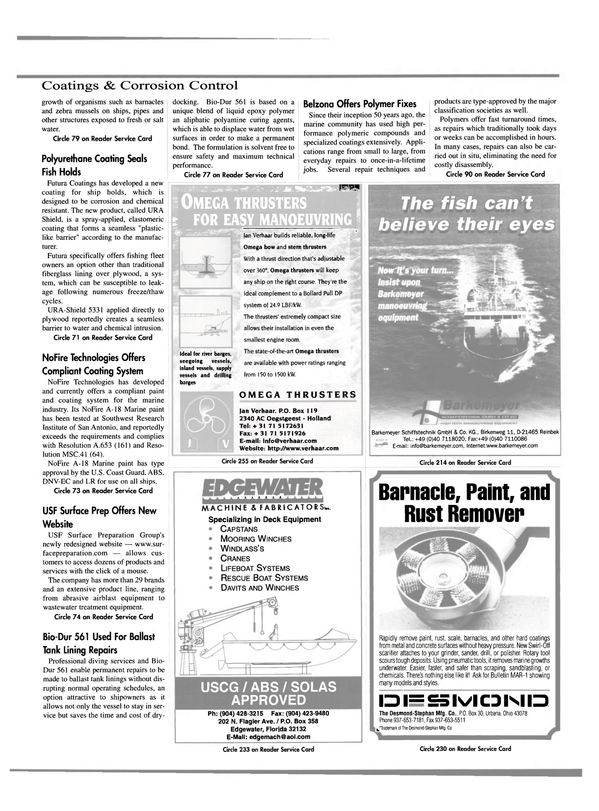