While the advent and advantages of an integrated bridge are more closely associated with big ships and the blue water market, Litton Marine Systems has developed and is offering a comprehensive bridge designed for installation on river dwelling vessels. In fact, the manufacturer recently announced that its MasterLine series of river products have been type approved for the European inland shipping market.

The type approval certificates were issued by Dijkstra Advies Research & EMC Consultancy BV, under EMC directive 89/336/EEC. The products were tested and found in compliance with the provisions of EN60945 (1997) Clause 9 and 10 EMC.

The new MasterLine series is a suite of river radars, autopilots, indicators, gauges, wind instruments, electronic magnetic compass, depth sounder, intercom, closed circuit TV and touchscreen engine and ship control displays. The suite of products has been designed specifically to meet the unique requirements of the river environment, with shallow waters and narrow, winding rivers and channels. The individual products can be sold separately, or as part of a fully integrated system, built into a custom-designed console.

The MasterLine series has been developed by Litton Marine Systems BV Holland, Litton's primary technology center for river products. The group was formed from the combination of International Navigation Aids (INA) and Sperry Holland. 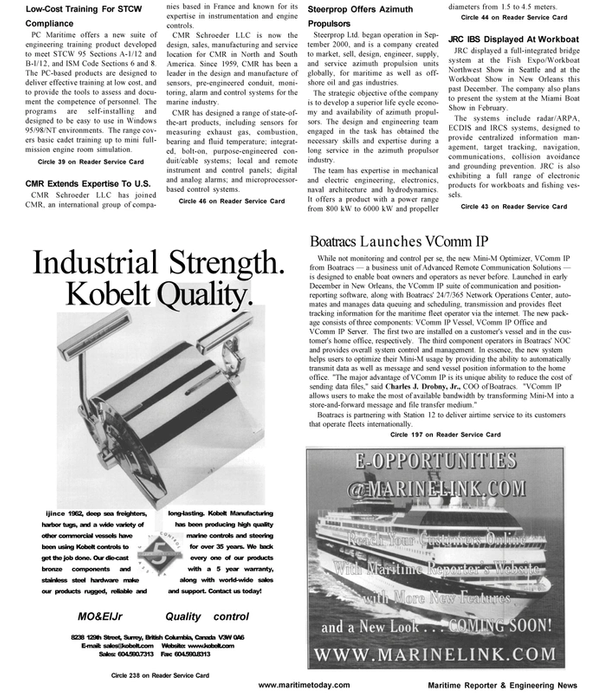