Martek Marine, manufacturer of the drinking water testing kit, Drinksafe, is advising owners to ensure that they are aware of the requirements of port state control and flag state water testing requirements in response to the Maritime Labor Convention 2006.
The introduction of MLC 2006 heralded a significant step forward for the quality of drinking water for ship’s crew defining that “frequent documented inspections” be performed which is why Martek developed Drinksafe to have more tests than any other kit on the market. Martek’s Sales Director, Steve Coulson, explains that “Drinksafe contains 1,800 tests, more than any other on the market providing a comparative cost per test that is approximately 50% lower than the closest comparative test kit.
Bacteria and pathogens that can grow in poorly maintained drinking water include E.coli, Norovirus, Salmonella and Legionella bacteria, which can lead to Legionnaires’ disease, a pneumonia-like illness which can be fatal.          martek-marine.com 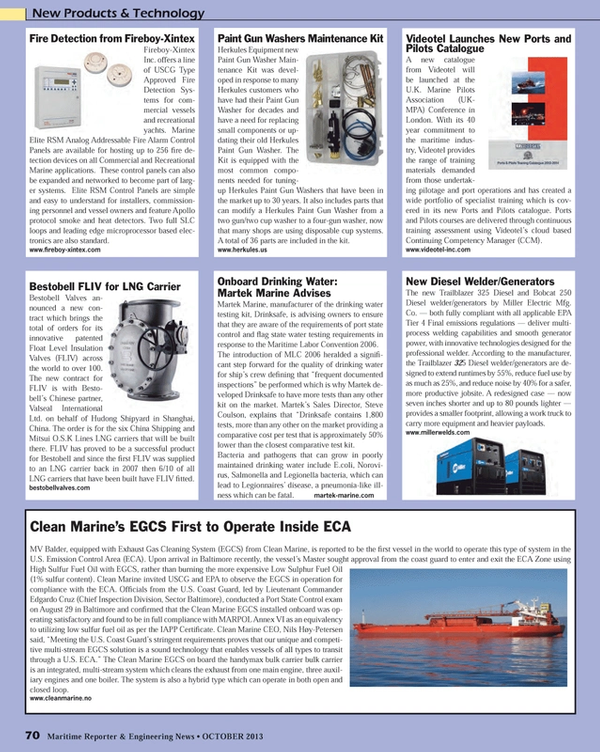