With the accession by Finland to the International Convention for the Control and Management of Ships’ Ballast Water and Sediments, 2004 (better known as the Ballast Water Management or BWM Convention), there are now sufficient ratifications for the Convention to enter into force.  Entry into force will occur on 8 September 2017.  It has been an agonizingly slow process for a convention that was adopted with such high hopes. 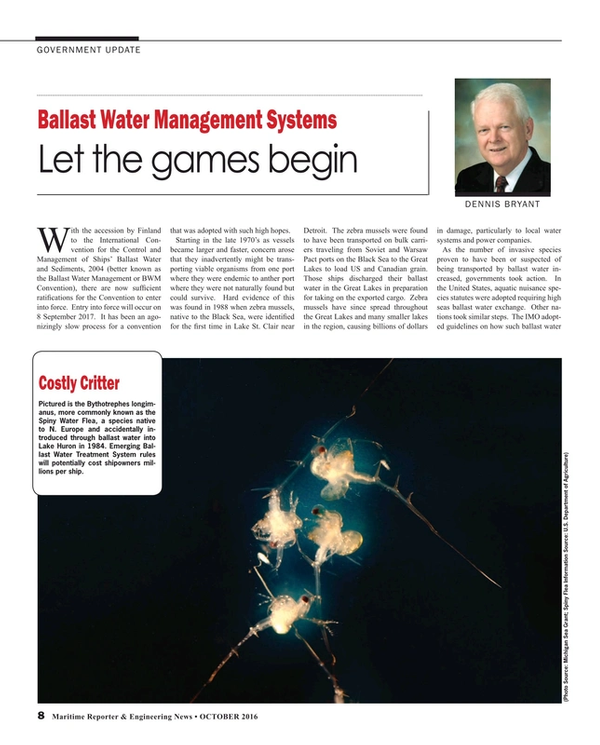