Was the closing of the Houston Ship Channel for over three days in March 2015 due to the use of Ultra Low Sulphur Fuel Oil (ULSFO)? After reviewing the testimony, and evidentiary material presented by the National Transportation Safety Board (NTSB) regarding the 2015 Conti Peridot’s collision with the Carla Maersk, it is the authors' opinion the report fails to address significant contributing factors. The NTSB has overlooked a serious threat to vessel operations throughout the world. In its oversight, NTSB’s findings set the foundation for future collision, allisons and groundings by not acknowledging the threat these conditions pose and recommending remedies for them. 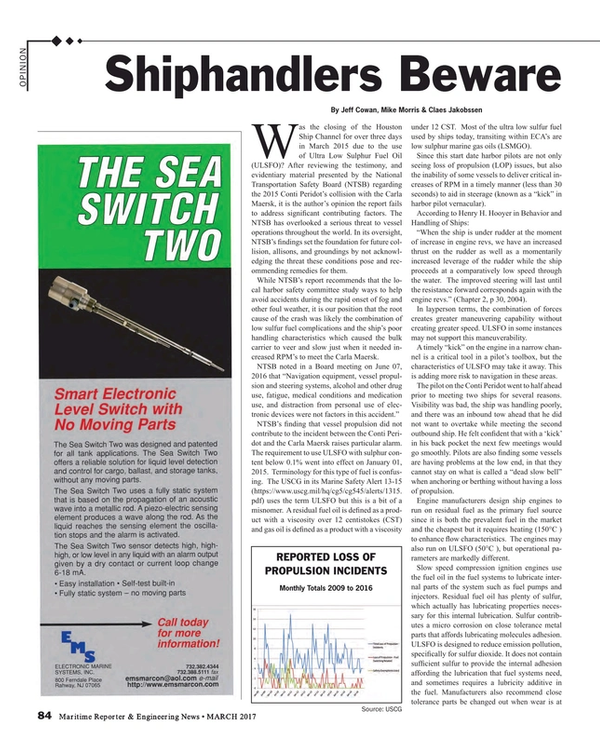 Other stories from March 2017 issue